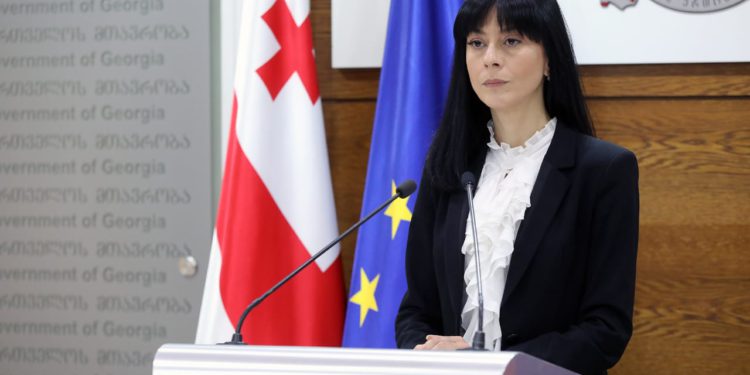 “We unequivocally condemn the verdict delivered by the illegal court of Tskhinvali against Georgian citizen Zaza Gakheladze, which has no legal basis.” – Minister Akhvlediani

“I would like to emphasize once again that a few days ago the illegal decision by the occupation regime to sentence Zaza Gakheladze to 12.5 years in prison was absolutely devoid of any legal basis and is unequivocally condemned by the central government of Georgia and our strategic partners, the international community and our friendly countries,” said Tea Akhvlediani, the State Minister for Reconciliation and Civic Equality. “The issue has been raised to the highest level of control. All relevant agencies are involved in this process. In accordance with the instructions given by the Prime Minister of Georgia, we continue to work intensively.

“I have personally held several meetings both before and after this illegal decision with representatives of the diplomatic corps and international organizations accredited in Georgia and the newly appointed OSCE Co-Chair. We have been in communication with the entire group of Geneva Co-Chairs and the EU Monitoring Mission. We are working actively to find additional effective ways to ensure the immediate and unconditional release of Zaza Gakheladze and each of our citizens in illegal detention. In this process, I would also like to note that we are reviewing and emphasizing the decision of the European Court of Human Rights, which places Russia, as a force exercising effective control over the occupied territories of Georgia, fully responsible for gross human rights violations in these regions. This decision will further strengthen the position of international partners and give them more opportunities to put pressure on the occupation regime,” Akhvlediani said.

“Illegal arrests are the most serious challenge to our government, which is a serious consequence of the 2008 occupation. We continue to work intensively, using all domestic and international resources, to release all our illegally detained citizens immediately,” the Minister said.

The “supreme court” of the self-proclaimed republic of South Ossetia sentenced Georgian citizen Zaza Gakheladze, residing near the occupation line, to 12 years and 6 months in prison.