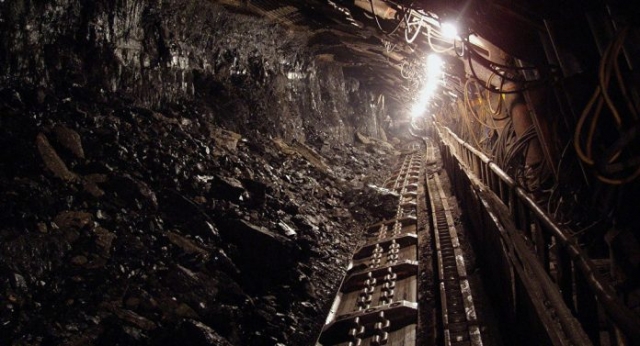 A number of miners have gone on strike in Tkibuli, a mining town in west-central Georgia, Imereti region. The miners are on strike in the Dzidziguri mine, refusing to leave as a form of protest against the reduction of salaries.

Miners claim that they received halved salaries for mining, less than planned, in January.

“The company, due to non-fulfillment of the plan, decided to use the rules stipulated in the contract and not to pay more than 45 GEL per day to the miners. The most important demand is that the miners be reimbursed for the amount specified in the plan,” one miner told Formula TV, noting that the representatives of the company refuse to satisfy the miners’ requirements.

In turn, Georgian Industrial Group ‘Saknakshiri’ responded to the miners’ protest, claiming that they couldn’t fulfill the plan and mined less coal than planned in January, which reflected on the salaries.

Further, the company noted that the miners on strike refused to leave the mine, which has led to a “Gross violation of safety rules and an emergency situation.”

“A special commission has been set up to investigate the circumstances in which the staff failed to fulfill the work plan within the next 10 days,” added the representatives of ‘Saknakshiri.’