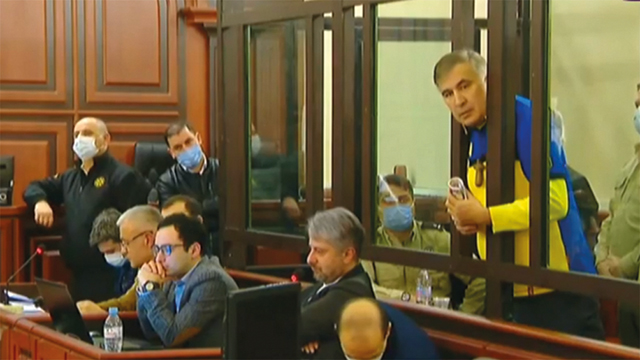 “I have nothing to apologize for because the law has not been violated and all the accusations and verdicts have been fabricated and completely unfounded. My innocence will sooner or later be established by the Strasbourg Human Rights Court. As a Frenchwoman, it is impossible not to know that the accusation against me is not acknowledged by any European country and no one in the civilized world,” he said.

“Remove classification marking on expenses incurred by “Secret” Special State Protection Service for the Presidential Administration in 2013 and beyond. Janashia and I are charged not for purpose of costs, as they say on TV, but for the rendering. If you remove this classification marking, it will prove that these procedures were not just a whim of Janashia, but a generally accepted continuous practice, which, most importantly, is completely within the law,” Saakashvili said.

In the letter, Saakashvili asks Zurabishvili, where is the guarantee that tomorrow some unjust government will not accuse her of pardon ?! “You yourself have said that pardon is up to the president. And if that is the case, then why am I being tried for ‘pardon’?!” Saakashvili said.

“I saw on TV that you will treat the guests who came to the Presidential Administration with champagne. Where is the guarantee that you will not be judged after the expiration of your term, as Janashia and I are judged now?!,” the letter reads.