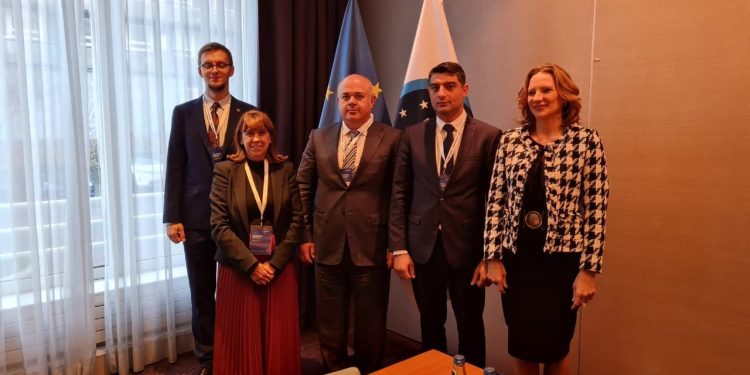 The main theme of the Conference was the preparedness and contingency planning for emergencies at the borders.

The Heads of the Land Border and Coast Guard Police Agencies of the various countries of the world attended the International Conference.

During the visit, the Heads of Georgian Border Police and Patrol Police Departments held the bilateral meeting with the Head of General Inspectorate of Border Police of the Republic of Moldova, Colonel Vasiloi Rosian. At the meeting, enhancement cooperation between the Border Agencies of two countries have been discussed.

The members of the Georgian Delegation also met the Head of Operational Response Department of Frontex, Ana Christina Jorge. The parties discussed the plans of the cooperation between the Ministry of Internal Affairs of Georgia and Frontex.