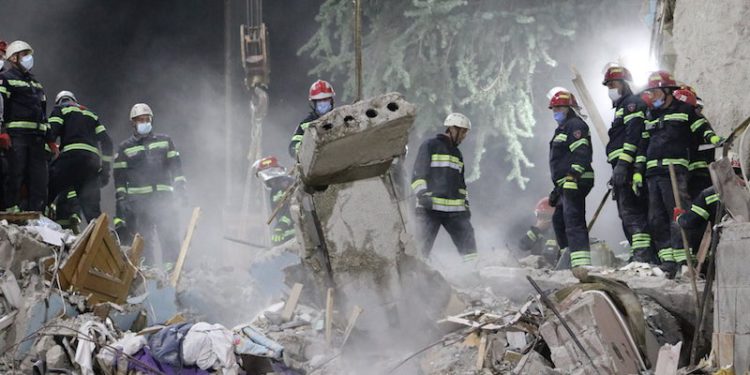 As a result of the investigative and operative activities carried out by Adjara Police Department of the Ministry of Internal Affairs, 3 persons were detained in the course of investigating the collapse of a residential building in Batumi. In particular, the following persons were detained: the owner of the first floor apartment Z.B. (DoB1975, as well as Kh.S. (DoB1962) and G.S. (DoB1992).

The committed crime envisages from 2 to 10 years of imprisonment.

An investigation is underway under Article 240, Part II and Article 187, Part III of the Criminal Code of Georgia on the facts the breach of safety regulations during the construction or other works and damage or destruction of other’s property, which resulted in loss of human life and grave consequences.

At this stage, firefighters rescued two citizens who were taken to the hospital and pulled five bodies out of the rubble, including two minors. Search and rescue operations, as well as investigative and procedural activities are in progress.

Part of a 5-storey block of flats collapsed on 26 May Street in Batumi, the capital of the Adjara region, on October 8. According to the City Hall, 15 residential apartments have collapsed. The demolition is probably related to the repair works on the first floor of the building and the retaining wall may have been damaged.

Related Story: Interior Minister: There are about 10-15 People Trapped in Ruins in Batumi