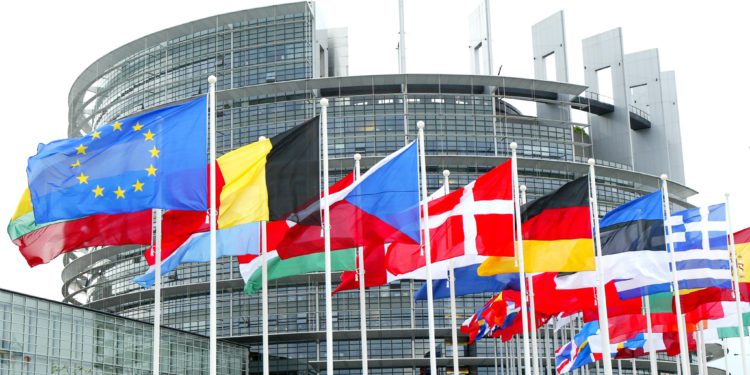 According to the statement, Georgia conducted a competitive and well-managed first round of the local elections, despite the extremely polarised political environment and challenging epidemiological situation. However, the pre-electoral environment did not provide a level-playing field for the contesting parties and candidates.

“We would like to recognize that Georgia, a key partner of the European Union, conducted a competitive and well-managed first round of the local elections on 2 October, despite the extremely polarised political environment and challenging epidemiological situation. However, the pre-electoral environment did not provide a level- playing field for the contesting parties and candidates and the main attention was diverted from local to national issues.

“A delegation of Members of the European Parliament, led by Mr. Michael Gahler, observed these elections together with colleagues from the Congress of Local and Regional Authorities of the Council of Europe as part of the OSCE/ODIHR’s International Elections Observation Mission – we would like to thank all of them wholeheartedly for their work.

“We take due note of the results announced by the Central Election Commission (CEC) – the Georgian Dream ruling party candidates garnered 46.6% of the votes, clearing the 43% threshold which, according to the EU-brokered 19 April agreement, would have triggered the holding of a snap parliamentary election.

“These elections took place under a substantially improved legal framework. Voters were given a genuine choice between a variety of political alternatives, the elections were generally well administered and the candidates were able to campaign freely. The Election Day proceeded in an orderly and transparent manner, despite some procedural issues during the whole process. CEC sessions were opened to stakeholders and streamlined for the first time, which increased transparency.

“The campaign was characterised by a hardened polarisation of the political and media landscapes, which sometimes led to verbal or even physical confrontations. All too often, personal attacks prevailed over political debates, depriving voters of the ability to make an informed choice. Instances of misuse of public resources, as well as widespread allegations of vote-buying and intimidation against candidates, voters and journalists during the entire electoral campaign period must be investigated thoroughly.

“The electoral legal framework needs to be further improved in view of future elections, taking into account pending recommendations by the OSCE/ODIHR and the Venice Commission, notably when it comes to campaign financing, disputes resolution and the misuse of public resources. It is also necessary to address the underrepresentation of Georgian women in politics. Ahead of the second round of the elections, we call on the Georgian authorities and political parties to put an end to the malpractices observed during the first round. Last but not least, we count on the political class to show responsibility and maturity: they must put their nation’s interest above party interests, turn the page of confrontation once and for all and implement much-needed reforms.

“The European Parliament remains ready to pursue its close cooperation with the Parliament of Georgia by providing assistance, including via its full spectrum of democracy-support activities, on the condition that our Georgian counterparts show a willingness to engage constructively in such activities,” reads the statement.