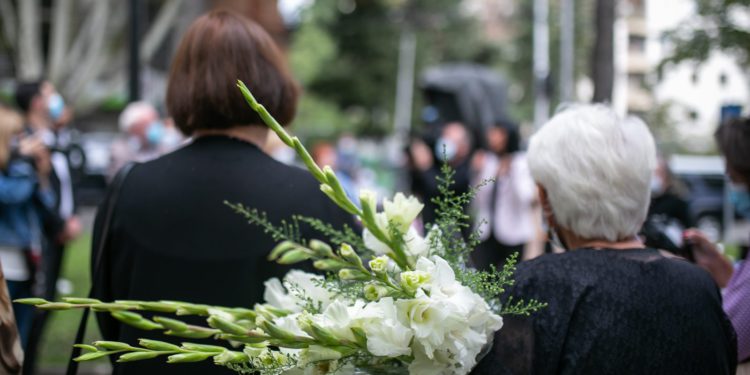 A memorial dedicated to the memory of people who went missing during the armed conflicts of the 1990s and August 2008 has been unveiled in Tamarashvili alley.

More than 2,300 people, both civilians, and military personnel is still missing as a result of the armed conflicts of the 1990s and August 2008.

Families of missing persons in 2017 initiated the creation of a memorial to the missing people and its erection in the central district of Tbilisi. Similar memorials, which are a kind of tangible reminder of the problem of missing persons, are already located in other cities of Georgia.

The design of the memorial was created by the families of the missing people and it combines different symbols: the tree – to symbolize eternal life, the flower Kesane – a symbol of oblivion, and the human silhouette with emptiness – a symbol of disappearance. Georgian sculptors Nikolo Meliva and Cornelius Ramishvili worked on the project.

The memorial project was implemented with the joint financial support of the Office of the State Ministry for Reconciliation and Civic Equality of Georgia and the International Committee of the Red Cross, as well as the Tbilisi City Hall and the non-governmental organization “Trust.”