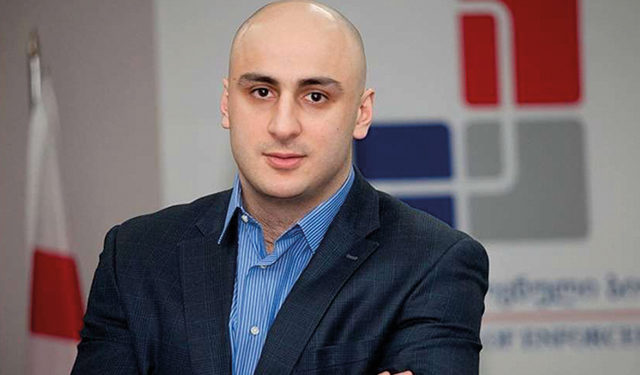 On May 10, Tbilisi City Court ruled to release Nika Melia, the Chairman of the United National Movement (UNM), from prison.

A statement was published on the website of the EU Delegation: “On May 8, a bail worth 40.000 GEL was posted in order to allow for Mr. Melia’s release from pre-trial detention. This follows the understanding reached by the political parties on 19 April 2021, in the context of the EU-mediated agreement. We would like to warmly thank two independent organizations who agreed to lend their valuable support in this process: the European Endowment for Democracy (EED), who made the funds available, and the Georgian Young Lawyers’ Association (GYLA), who transferred these funds to the authorities.

“This is another important step taken to end the political crisis in Georgia and implement the agreement of 19 April. We expect this step to further facilitate all elected Members of Parliament to join the agreement and contribute to its implementation, in the interest of Georgia, its citizens, EU-Georgia relations and Georgia’s Euro-Atlantic future,” reads the statement.

Pre-trial detention was ordered for Melia on February 17. He stood accused of organizing group violence during anti-government protests in June 2019 (so-called ‘Gavrilov’s Night’). The UNM leader denies the charges. He was arrested on February 23.

After his release, where he was met by loyal supporters outside the gates of Rustavi Prison, he noted that he was considering whether his party should enter Parliament or not.

On May 12, it was announced that the European Court of Human Rights had accepted the case of the arrest of Nika Melia, alongside the cases of ex-president Mikheil Saakashvili and oppositionist Gigi Ugulava.

The same day, the Ministry of Justice of Georgia released a statement regarding the launch of the three hearings of the lawsuits in the Strasbourg Court.

“The cases, in which Mikheil Saakashvili, Nikanor Melia and Gigi Ugulava are suing Georgia, are at the initial stage of consideration and now the parties are beginning to present positions and evidence.

“The Georgian government has solid arguments in all three cases, which it will present to the European Court. The cases of all three applicants are being heard by the Strasbourg Court under the standard procedure, which means that the court will receive two written positions respectively from the applicants and the Georgian Government, with evidence, and make a decision based on that. The exchange of positions by the parties and the decision of the court will take at least two years.

“Mikheil Saakashvili disputes that the verdict against him that pardoning Sandro Girgvliani’s murderers contradicts the European Convention. The European Court indicates in its correspondence that this is exactly the case in which the Strasbourg court itself found Georgia’s violation in the case of 26 April 2011 – ‘Enukidze and Girgvliani v. Georgia’. Saakashvili also considers that the rulings of the three-instance courts of Georgia, which confirmed that the brutal beating of MP Valeri Gelashvili on July 14, 2005, was carried out on the personal orders of Mikheil Saakashvili, and which sentenced him to six years in prison, is inconsistent with the European Convention.

“Nikanor Melia claims that his arrest on February 23, 2021, does not comply with the requirements of the European Convention. The court described in correspondence sent to Georgia that Melia’s arrest was preceded by him removing his bracelet on November 1, 2020, and then his refusal to pay bail, after which the Tbilisi City Court sentenced Melia to pre-trial detention.

“When an absolutely righteous person is accused of a coup d’etat and the formation of organized criminal groups, he will naturally defend his rights and end up with a victory,” Nika Melia noted of his appeal to the ECHR.

He then highlighted that there are many political prisoners left in the country, and thanked the international partners and ambassadors for their contribution to his release.

“I would like to once again thank EU Ambassador Carl Hartzell, European Council President Charles Michel, US Ambassador Kelly Degnan and Chairman of the Lithuanian Foreign Affairs Committee Žygimantas Pavilionis for their contribution and their will to establish stability and democracy in the country.”