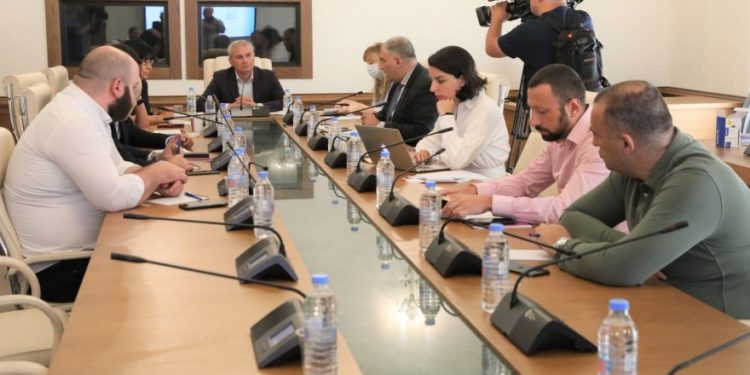 The working group set up at the Committee to work on the Parliamentary oversight issues held a meeting for the discussion of the legal changes to be introduced in view of the enhancement of the oversight mechanisms; the attendees overviewed the specification or re-regulation of certain norms on the thematic inquiries, the question of MP, interpellation, report of the Prime Minister, Ministerial Hour, the mandatory appearance of the officials at the Committees, oversight of the enforcement of the normative acts etc.

The Majority and Opposition MPs, as well as the NGOs, expressed their positions.

“We have achieved a consensus on almost every issue of the agenda save the issues requiring further investigation since they belong to the wider regulation scope than a change to the Rules of Procedure, for instance concerning the inquiry about personal information, obtainment of the classified data or access to the commercial secrets, which go beyond the Rules of Procedure and requires the development of a standalone legal initiative. As to other mechanisms discussed, we achieved consensus. In a couple of days we schedule yet another working meeting to review all the issues and develop a final recommendation, on the basis of which the Committee is to submit the respective draft changes to the Rules of Procedure at the end of September for further consideration at the autumn session,” the Chair of the Committee, Irakli Kadagishvili stated.