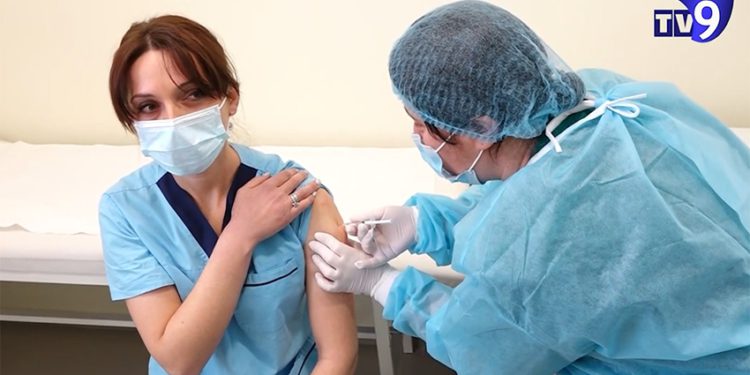 Two doctors and one nurse of Akhaltsikhe Clinic Imedi, Violeta Inasaridze, Beka Liparteliani and Tea Gzirishvili, accused of providing false information in the case of Megi Bakradze’s death to the investigation, have been ordered to pay 3,000 GEL bail each as a measure of restraint.

The decision was announced by Judge of the Tbilisi City Court, Nato Khujadze.

At today’s trial, the Prosecutor’s Office demanded a 5,000 GEL bail in each case as a measure of restraint against the accused.

For the record, the Prosecutor’s Office of Georgia charged the two doctors and one nurse of Akhaltsikhe Clinic Imedi with providing false information on the case of Megi Bakradze’s death to the investigation.

The mentioned offense carries a sentence of 2 to 6 years in prison.

Megi Bakradze, the 27-year-old nurse who developed anaphylactic shock following vaccination with the AstraZeneca vaccine, died on March 19. She was vaccinated at the Akhaltsikhe clinic on March 18. The family of the deceased blames the doctors of the Imedi Clinic for unprofessionalism and negligence.