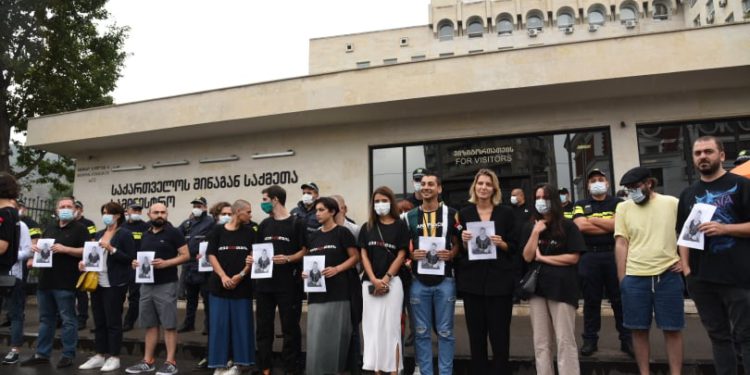 Protesters arrived at the Ministry with pictures of the deceased cameraman, Lekso Lashkarava, stating they would not stop protesting until their demands are fulfilled. Politicians and activists came to the rally also.

The cameraman of TV Pirveli, Lekso Lashkarava, who was beaten by opponents of Tbilisi Pride on July 5 while performing his duties, has passed away.