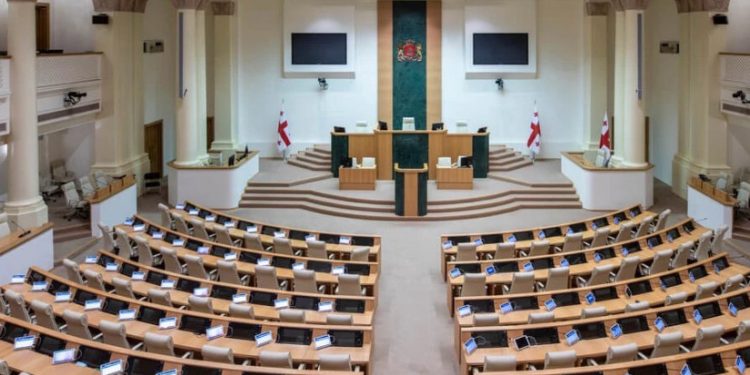 The Legal Affairs Committee of the Georgian Parliament set up 5 working groups to fulfill the 12 conditions defined by the European Union.

The following groups were formed:

A group working on the development of a draft law on deoligarchization;

A group working on judicial reform;

A group working on revision to the Electoral Code;

A group working on anti-corruption measures and further institutional strengthening of the Special Investigation Service and Personal Data Protection Service.

According to Anri Okhanashvili, Chairman of the Legal Affairs Committee, the Committee is moving to an intensive work process in terms of the implementation of the recommendations of the European Union.

“The organizational issues related to the first meetings with specific focus groups and political parties have practically been completed. With the direct involvement of the Speaker of the Parliament and under his leadership, we, within the framework of the 12-point plan, held meetings regarding all points, first of all, with the political parties, and they are fully aware of how the process will proceed. Accordingly, all the political groups that decided to participate in this process, be it the Georgian Dream political team or opposition political groups, attended these working meetings and are still represented here today, which is welcome and correct. We act in accordance with the first point. One of the main purposes of depolarization is dialogue between political parties to work on a specific issue.

“Regarding other political groups, the opponents, who act against this process directly oppose the first point concerning depolarization, since the alternative groups they have created, which have neither political nor legal legitimacy, are nothing but polarization and the deepening of this polarization. We are acting within the scope of our responsibility, and in accordance with our responsibility we are moving to an intensive work process”, said Okhanashvili.

The working groups include the faction Georgian Dream and part of the parliamentary opposition, representatives of civil society (Georgian National Platform of Eastern Partnership Civil Society Forum) and state agencies, as well as other stakeholders.

From the parliamentary opposition, representatives of Citizens, European Socialists and Girchi will participate in the activities of the working groups.

According to Anri Okhanashvili, the representatives of the President of Georgia, in accordance with their wish, will monitor the activities of the working groups.

If desired, international organizations will also have the opportunity to monitor the process.