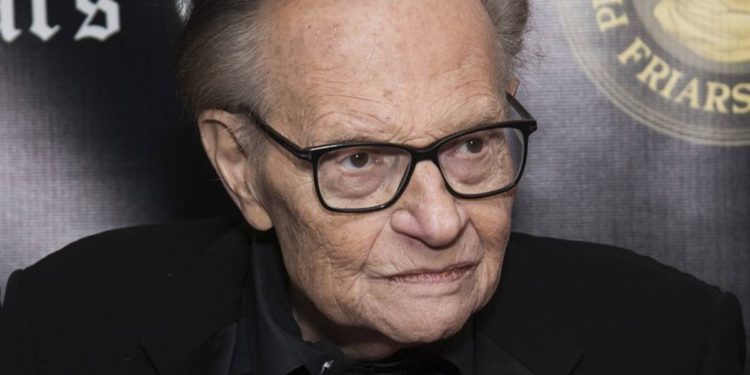 The legend of US broadcasting Larry King passed away Saturday morning at Cedars-Sinai Medical Center in Los Angeles.

The death of the famed TV and radio host was announced by Ora Media, a production company King founded with Mexican media mogul Carlos Slim.

“With profound sadness, Ora Media announces the death of our co-founder, host and friend Larry King, who passed away this morning at age 87 at Cedars-Sinai Medical Center in Los Angeles,” the statement from Ora reads.

Born Lawrence Harvey Zeiger on November 19, 1933, in Brooklyn, New York, King started his career in local radio in Florida in the 1950s. He began a national radio call-in show in 1978. Between 1985 and 2010, King hosted Larry King Live on CNN. During his six-decade career, King spoke with presidents, world leaders, celebrities, authors, scientists, comedians, athletes- everyone.

In late December, King was diagnosed with COVID-19 and hospitalised at Cedars-Sinai for over a week. He had been plagued with various health problems over the years, including several heart attacks, lung cancer and strokes. In 1987, King underwent quintuple bypass surgery, inspiring him to establish the Larry King Cardiac Foundation to provide help to those without insurance.

“Larry always viewed his interview subjects as the true stars of his programs,” reads Ora Media’s statement. “Whether he was interviewing a U.S. president, foreign leader, celebrity, scandal-ridden personage, or an everyman, Larry liked to ask short, direct, and uncomplicated questions.”

“A good interview — you know more than you do before you start. You should come away with maybe some of your opinions changed,” King told the Los Angeles Times in 2018. “You should certainly come away entertained — an interviewer is also an entertainer.”

CNN President Jeff Zucker issued a statement saying “we are so proud of the 25 years he (King) spent with CNN, where his newsmaker interviews truly put the network on the international stage.”

CNN anchor Christiane Amanpour wrote: ”King was a giant of broadcasting and a master of the TV celebrity/statesman-woman interview. His name is synonymous with CNN and he was vital to the network’s ascent. EVERYONE wanted to be on Larry King Live. May he Rest in Peace”.