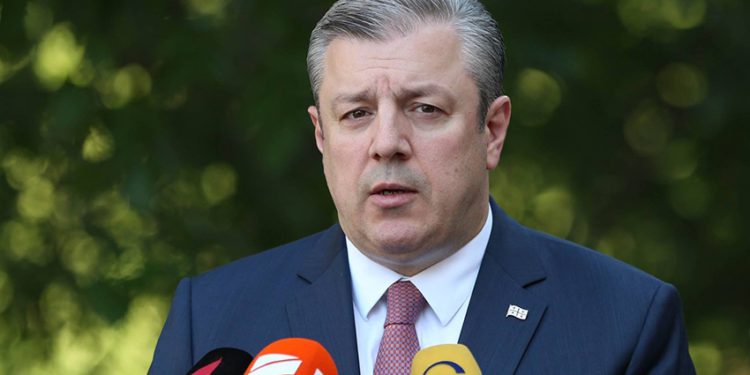 Former Prime Minister of Georgia Giorgi Kvirikashvili responded to the Georgian Dream statement, based on which the April 19 agreement mediated by European Council President Charles Michel has been annulled, saying that the ruling team’s decision to walk away from the agreement is “a step towards extreme polarization and a significant setback on the path to the development of Georgian democracy.”

However, he added, the biggest opposition force the United National Movement is also responsible for the current reality.

“The decision of the Georgian Dream to withdraw from the April 19 agreement is a step towards extreme polarization and a significant setback on the path to the development of Georgian democracy. The responsibility for such development lies primarily with the leadership of the Georgian Dream; However, the National Movement, who by refraining from joining the agreement allowed the ruling party to relinquish its commitments, is also responsible for the reality in which the country finds itself.
“Regardless of the plans and actions of this or that political party, it is the responsibility of the ruling party to create a positive agenda, fulfill its international obligations despite the actions of the radical opposition, and ensure the solving of the country’s development issues on both the internal and external stages,” Kvirikashvili stated.
Yesterday, July 28, the Georgian Dream officially left the April 19 Agreement mediated by the President of the European Council Charles Michel.
Related Story: Beka Liluashvili to both GD & UNM: Stop Playing with the Fate of our Citizens
Tags: April 19 AgreementGD Leaves April 19 AgreementGiorgi Kvirikashvili
ShareShareTweet