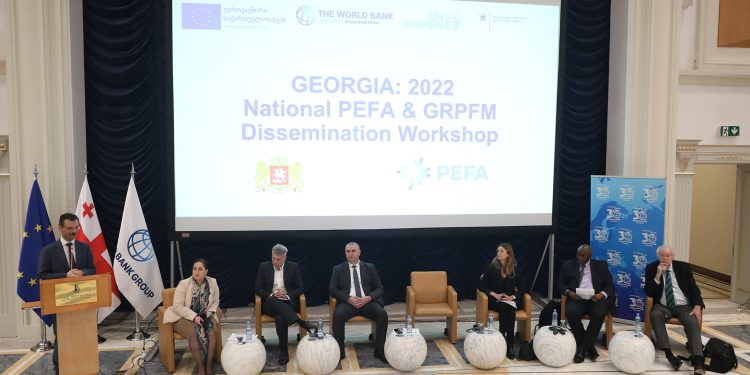 The World Bank, at the request of Ministry of Finance of Georgia and with the support of the European Union, undertook the Central Government Public Expenditure and Financial Accountability (PEFA) and Gender Responsive Public Financial Management (GRPFM) assessments of Georgia. The two reports identify the strengths and weaknesses of the country’s public finance systems using the PEFA methodology and will feed into Georgia’s PFM Strategy for 2023-2026.

The PEFA report, which assesses the performance of the central government public finance systems, was first a self-assessment by the Government of Georgia and later validated by the World Bank. The GRPFM assessment was conducted by UN Women and reviewed by the World Bank. These activities are part of a broader project on Economic Governance and Fiscal Accountability implemented by the World Bank and supported by the European Union, aimed at providing technical assistance to strengthen Georgia’s PFM systems to enhance fiscal sustainability and service delivery.

The 2022 PEFA Assessment demonstrates that the public financial management systems in Georgia are strong and have continued to improve since the last PEFA assessment in 2018. While the COVID-19 pandemic had a negative impact on the aggregate expenditure of the budget, there have been an array of improvements in the development, execution, management, and oversight of public finances. According to data in 2022 PEFA Global Report, Georgia continues to maintain its number one status with continuous improvement in its performance when compared to 59 countries that have conducted their PEFA assessments using the 2016 PEFA methodology.

The PEFA’s key highlights include:

The GRPFM’s key findings include: