Is this Recriminatory Political Style our Historical Lot? 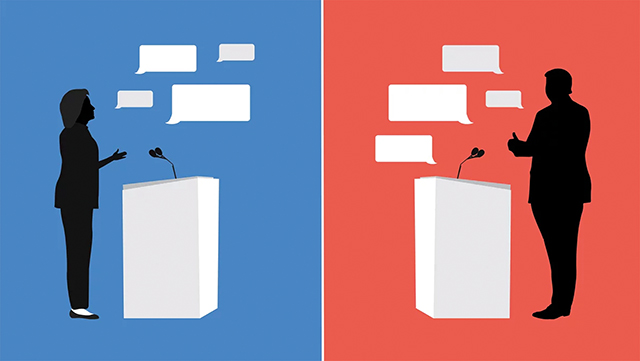 A political system based on liberal democracy purports debate between the government and its opposition as one of its most significant operational tools. As a matter of fact, democratic rule would make no sense without this characteristic feature in place.

We once had a system, in the notorious soviet era, when democracy was proclaimed by the constitution, but no political dispute existed as such. There was not even need for a dispute because decisions were made in an authoritarian fashion, determined by the communist mono-partisan organ called the Politburo of the Central Committee of the Communist Party of the Soviet Union. If they ruled on something, further discussion of the issue would be rendered irrelevant, which meant that objections, no matter how fair and wise they might have been, were taken as a criminal act.

How lovely that those are times bygone, and we now enjoy a wonderful liberal democracy, giving us the chance to listen to one other and honor each other’s utterances, regardless if they are prudent or lack somewhat in intelligence. In Georgia, we too have a democracy which allows us to have our logic heard and our philosophy understood, and we do this via regular discussions, disputes and debates between the rulers of the country and their opposition, as well as at a grassroots level. The only negative is that the two sides of the democratic process have lost the ability to hear each other.

The main arenas for those debates are the parliamentary floor and the mass media space, although we often take to streets too, because within the walls of the parliament building, where, technically, the acoustics are perfect, the level of mutual understanding between the government and the opposition is almost nonexistent. They physically hear one another, but they can’t understand what they hear. This is our ongoing political tragedy.

Democracies of the world use the feature of debate to make wise and practicable conclusions for their respective peoples to live better, whereas our opposed parties only recriminate each other. Recrimination, as such, is actual stock-in-trade in the hands of both sides of the aisle. Recrimination constitutes the most commonplace political style in our reality, something we have gotten so used to that we can hardly carry on with our national cause without it. A recrimination-charged verbal skirmish is what keeps our local political spectrum ticking, our national ear only hearing those recriminations, and nothing else.

Could we somehow rid ourselves of this hideous way of doing politics in Georgia? By learning the modern-day political culture from our western friends and mentors, perhaps? There seems to be one obstacle in the way: the strength of our character and the obstinacy that prevails in it. It has always been the ABC of politics that a desirable result can only be achieved if the opposed political forces do their utmost to find a common tongue when it comes to solving the issues of national magnitude, so that the wolves are full, and the sheep are safe. I wonder, what level of IQ would a politician need to engage this simple truth in real life? Would it really take rocket science?