Iran Showing It Is Still a Power to Reckon With 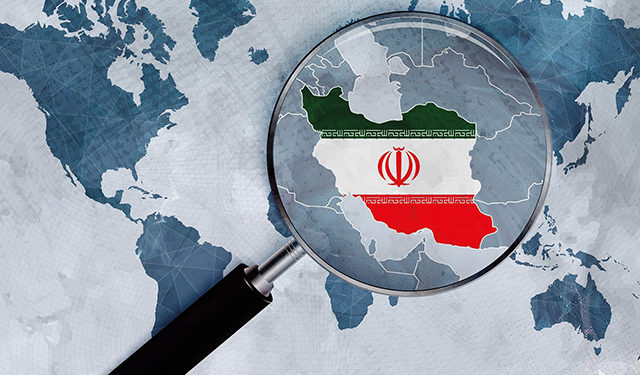 For the second year in a row, the South Caucasus is seeing tensions as regional powers scramble for influence in a region which is increasingly important energy-wise and an interconnector between Europe and Central Asia. And for the second year in a row, the West is notably absent. In 2020, Europe and the US were idle at best in addressing the Second Nagorno-Karabakh War between Armenia and Azerbaijan. Now, the West is being distracted from Azerbaijan-Iran tensions, which might have wider ramifications for future re-alignment in the South Caucasus.

Iran is motivated in its behavior by the growing Israeli factor in South Caucasus affairs, and especially its growing security and military ties with Azerbaijan. Some reference to extremists near the Iranian borders was also voiced, with a hint toward the alleged dispatch of fighters from Syria to Nagorno-Karabakh in 2020.

The tensions also followed a growing number of drills held by the Azerbaijani army recently near the strategic Lachin corridor which connects the separatist region to Armenia and the Caspian Sea.
But the real reasons behind the Islamic Republic’s activist behavior in the region could lie in the long-term strategic changes which have taken place as a result of Armenia’s defeat and Azerbaijan’s victory. Iran has been sidelined. Its diplomatic initiatives did not work, and it is being pushed away from the post conflict environment.

To be sure, Iran has never been a dominant power in the South Caucasus. It has not even, unlike Russia or Turkey, had a true ally. Iran was a part of the calculus of each regional state, but was hardly as feared as Russia or Turkey. Nevertheless, Tehran views the South Caucasus as part of its sphere of geopolitical influence based on millennia of close political and cultural contacts.

Forswearing its ambitions in the South Caucasus might not be suicidal to Iran’s ambitions in the Middle East, but it will certainly be harmful enough to impact Iran’s position, prestige, and ties with Russia, and undermine the simple strategic logic of not allowing foreign powers near its frontiers.
No wonder then that Iran ratcheted up tensions with Azerbaijan. First, it served the aim of partially restoring the image of the Islamic Republic in the geopolitics of the South Caucasus. But it was also a thinly-veiled threat to Turkey that its growing ambitions, and indeed practical moves made since the 2020 war, threaten Iran’s position.

For Iran, the Turkish moves are disrupting the very foundations of the status quo which was prevalent in the South Caucasus from the 1990s. Ankara is also looking at the Caspian basin and even Central Asian region. To expect Turkey to become a major power there is an overstretch, but it nevertheless worries Tehran, as the agreement signed among the Caspian littoral states in 2018 specifically stipulates no external power should be militarily involved in the region.

The Caspian Sea has always been regarded by Iranians as an exclusive zone shared first with the Russian Empire, later the Soviets, and presently the Russian Federation. Other littoral states play a minor role. This makes the Turkish moves in the basin and the recent improvement of ties between Azerbaijan and Turkmenistan rather an unpleasant development for Tehran – fewer roadblocks to the Trans-Caspian Pipiline threatens the Islamic Republic’s ability to prevent the project from happening.

This is where Iranian views align almost squarely with those of the Kremlin. Both fear Turkish progress, and the new Iranian leadership could lean strongly toward Russia. Resisting Turkey on its own would be tough, but together with Moscow much easier. Russia might facilitate Iran having a greater voice in South Caucasus affairs as a blocking tool against Ankara.

The Azerbaijani-Iranian tensions, and Tehran’s underlying discontent about Turkey’s resurging position, show the limits of cooperation in the South Caucasus. An increasingly fractured region is being pulled apart by the greater powers around it. This state of affairs essentially dooms the prospects of pan-regional peace and cooperation initiatives. Take the latest effort by Russia and Turkey to introduce a 3+3 platform with Armenia, Azerbaijan, Georgia, and the three larger powers. Existing disagreements will eventually preclude any meaningful progress, especially as Georgia fears being dragged onto the platform and dealing with Russia, which has occupied 20% of its sovereign territory.

Thus, tensions between Iran and Azerbaijan and by extension Turkey will be recurrent. Regional shifts indicate that Iran has to take some kind of initiative, lest it loses completely its position to Turkey and Russia.