Irakli Kobakhidze: We are Waiting for you on October 27 in Freedom Square 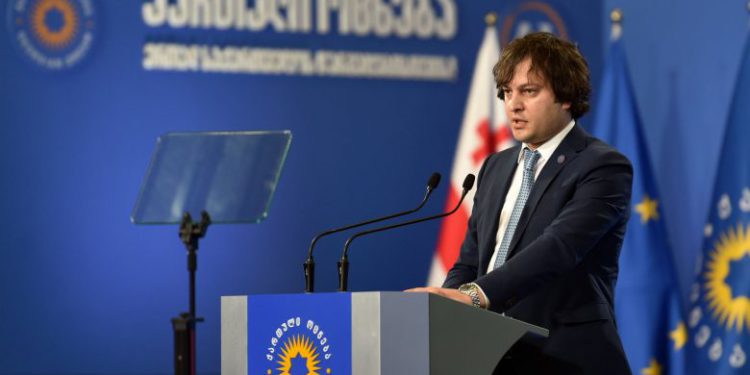 Irakli Kobakhidze, the chairman of the Georgian Dream party, addressed the supporters of the party and called for a gathering on October 27 in Freedom Square.

“There are several days left before the elections. Over the past few days, I have traveled with the Prime Minister to the municipalities where the second round of elections is being held. The attitude is combative and everything will be done to ensure that our candidates win the deserved victories in all twenty municipalities. We call on all members of our party, supporters, citizens to pay maximum attention and mobilization to bring the victory of October 2 to the right close. In addition, we would like to inform you that on Sunday, October 27, at 17:00, a concluding election meeting of our party supporters will be held.

Kobakhidze noted that tens of thousands of Georgian citizens will gather to show once again the strength of the Georgian people, who are fighting to finally defeat evil, to protect dignity and freedom, for the progress and development of the country.

“On October 2, we were trusted by 47% of the electorate, virtually every second voter, which gives us a new impetus and responsibility to take care of the well-being of our country and people for the next three years. Everyone who values ​​the future of our country, peace, stability, and development, we are waiting for you in Freedom Square on Wednesday, October 27,” Kobakhidze said.

He noted that after these elections finally end on October 30, when all twenty candidates of the Georgian Dream win the second round of elections, they will be completely switched to another agenda, an agenda of progress, development, further strengthening of peace. Kobakhidze noted that the National Movement has opposite goals, which they will not allow to pass so as to ensure the development of the country.