Irakli Kobakhidze: It’s Painful for Opposition that GD Manages to Form a Majority in City Assemblies, but this is their Problem 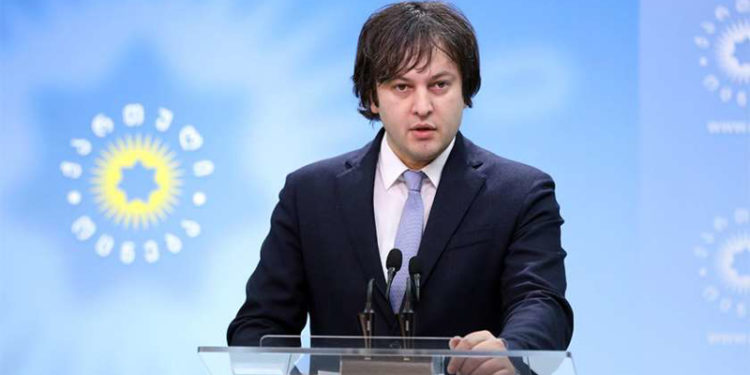 According to him, it is painful for the opposition that the “Georgian Dream” manages to form a majority.

“Georgian Dream” did not have a majority in several municipalities after the elections, but in two cases – in Martvili and then in Dmanisi, we managed to form a majority around the “Georgian Dream” in both assemblies. That is, the process has started and this process will continue on the basis of individual consultations. We will have personal consultations with the members of the city councils and based on this we believe that the “Georgian Dream” will eventually be able to form a stable majority in the city councils.

“Of course, it is painful for the opposition that the Georgian Dream manages to form a majority, but this is their problem, this process will definitely continue and must continue,” Irakli Kobakhidze said.

The ruling Georgian Dream (GD) party failed to win the majority in city assemblies in six out of 64 municipalities – Batumi, Zugdidi, Martvili, Chkhorotsku, Tsalenjikha and Rustavi.

Giorgi Tkemaladze from the GD was re-elected as Head of Tbilisi City Assembly on December 3.

Opposition parties claim that the ruling party tries not to allow opposition members to take high posts in city assemblies through various means.

As such, the For Georgia party founded by former PM Giorgi Gakharia refused to participate in voting.

Earlier, For Georgia suggested trilateral talks with the ruling party and the opposition United National Movement in order to compose “balanced city assemblies.” However, For Georgia claims that none of the parties responded to the offer.

In November, members of the 2017 convocation of city assemblies in Batumi, Zugdidi, Senaki, Martvili and Chkhorotskhu municipalities approved the 2022 municipal budget before the first session of new city assemblies had taken place.

At this time, in four of the five municipalities, the GD no longer had the majority after the October elections.

This caused opposition protests, which claimed that the above move by the majority members was “illegal” and “disrespectful” towards voters. In turn, GD responded that the above was a legal move aimed at preventing further complications in terms of municipal budgets by the radical opposition and that the ruling party “acted in accordance with public interests.”