Invasion Episode 1: First Impressions Are Everything 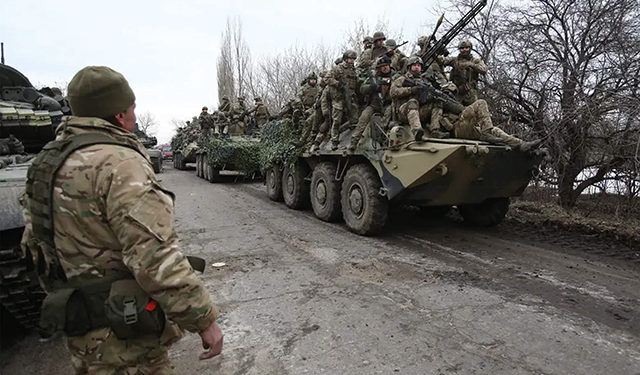 Ukrainian service members get ready to repel an attack in Ukraine's Luhansk region on Feb. 24, 2022. Photo by Anatolii Stepanov/AFP via Getty Images)

By now, few are unaware of the rapidly developing situation in Ukraine. On February 24, Russia launched its invasion under the banner of “denazification” and in response to perceived NATO encroachment. Since then, both sides have been entrenched in heavy fighting centered around many of Ukraine’s key cities.

While it’s certainly too early to be definitive, casualties have risen to alarming numbers.

Prior to this invasion, many of the acclaimed military experts in Moscow and around the Russian senior military community projected of a rapid victory. Experts placed the time for the capture of the capital in hours rather than days. Ukrainian resolve was framed as fragile and insufficient. Hostilities would be at a minimum and civilians would be sympathetic given the tenuous socio-political situation in Kyiv. In addition, the larger global community would groan and release condemnations to little effect.

Many of the senior general staff command, largely insulated in an echo chamber of Russian martial greatness, passionately believed in this analysis. Multiple large-scale training exercises only served to compliment this, being self-aggrandizing expressions of force and firepower against a notional emotionless paper enemy. The Russian generals felt bulletproof, their victory secure.

While still unconfirmed, many reports have arisen during the conflict that junior officers and noncommissioned officers were left in the dark about the true intent of the mission at hand. Soldiers were not informed about the true objective of their mission, and the purpose behind that objective.

Cumulatively, this led to a grossly incorrect picture of the tactical and operational terrain that lay in front of the combat units on the ground.

Upon issuing the invasion order, Russian units moved in a seemingly haphazard and uncoordinated fashion. While many Ukrainian forces fell back to the city centers for defensive purposes, Russian forces failed to seize on this opening in the initiative. By allowing the Ukrainian forces to dig themselves into entrenched positions, establish fields of fire, and raise auxiliary forces for a fighting reserve, the Russians force built their own obstacles.

This loss of the initiative may very well have spelled doom for the greater conflict, much of which has yet to be seen. It takes no large amount of martial expertise or education to know that initiative in the opening phases of a campaign is essential to the end victory. As is commonly promulgated in military courses, the principles of speed, surprise, security, and violence of action are the non-negotiables for success on the battlefield.

These four pillars of warfare have existed since the beginning, but have been enshrined further since the rise of modern urban combat. During the Global War on Terror, this mantra was tantamount to a religion in NATO military circles. Young recruits to the seasoned veteran understood and based any mission planning around these core concepts, balancing aspects of each; speed versus security, surprise versus violence of action.

However, Russia, largely untested in significant combat operations, may not have had the experience to harmonize these principles. The veterans of Chechnya, Moldova, and Georgia have largely left the service, along with their experiences, though even these conflicts were limited in scope. The limited contingents deployed to Syria operate largely in a policing or security fashion, shying away from combat roles and leaving that to Russia’s infamous private military organizations.

This has led to the eternal disparity between training and combat experience that had existed since the dawn of human conflict. What was perceived in the meetings deep inside the Kremlin’s war rooms, is not what has played out in the field. The prospect of liberating the Ukrainian people has quickly been shattered. In fact, Putin may have made every single Ukrainian, including the mass of foreign volunteers, into an army against him.

Ukraine has mobilized virtually its entire nation to war. Thousands have enlisted in the regular military or territorial defense forces in direct opposition to the Russian invasion force. Masses of volunteers have lined up outside blood banks to donate for the war effort. Businesses and industries have pivoted to streamline the production and distribution of relevant supplies.

To complement this internal effort to fuel the defense, the EU and many other nations have begun shipping a litany of arms, munitions, and equipment to the embattled country. From ballistic vests and helmets to anti-tank rockets, much of the international community has rallied in efforts to aid Ukraine.

Additionally, a mounting number of foreign volunteers have already made their way into the region following Ukrainian President Volodymyr Zelensky’s decree to raise an “international brigade.”
Another tool Zelensky has managed to keep in the fight is the small but highly effective fleet of armed drones, most notably its Turkish-made Bayraktar TB2. Gaining immense fame in the recent clashes between Armenia and Azerbaijan for their deadly use by the latter, Ukraine has begun to replicate this success. Despite Russia’s early missile strikes that attempted to eliminate Ukraines air assets, they have failed to effectively maintain supremacy in the skies.

The failure in the air is compounded by the surface-to-air shortcomings as well. While many open source intelligence analysts have noted that some of the drones have been taken down, they are continuing to plague the Russian advance. Russian convoys and supply lines remain vulnerable, showing that their commanders are unable to secure the rear edge of the battlefield.

The footage recorded from these drones also highlights another facet of the campaign that Russia has seemingly ceded to Ukraine. The information and “social media” war has been dominated with images of the destruction of civilian structures, destroyed Russian military hardware, and various captured or fallen Russian servicemembers. While this information continues to spread, it will inevitably make its way to the people in Russia living under heavy censorship. Once many citizens learn of this otherwise hidden information, it will have predictably prodigious implications for the future of Putin’s power base.

While this conflict continues to rapidly develop, even at the time of writing, Ukraine has burrowed deep and forced Russia to pay a significant price for their transgressions. However, Russia has also brought superior numbers, surrounding some of the key cities and laying siege to the inhabitants. The United Nations already is claiming that over 500 civilians have been killed in the conflict, many due to Russia’s indiscriminate shelling of urban centers. Military casualties on both sides are supposedly already in the thousands.

Abstaining from any reaching speculation, it can be surmised that the conflict is in its early youth with plenty of life, or more accurately death, left in it. Ukrainian resolve can endure a significant amount of abuse, but everything has an eventual expiration date. The West, most notably NATO, can not allow this violation to continue. The Neville Chamberlain approach to foreign policy has already left its lurid scars on humanity and cannot be allowed to be repeated again.