Interior Minister: Sadly, All 8 People on Board Died in Helicopter Crash in Gudauri 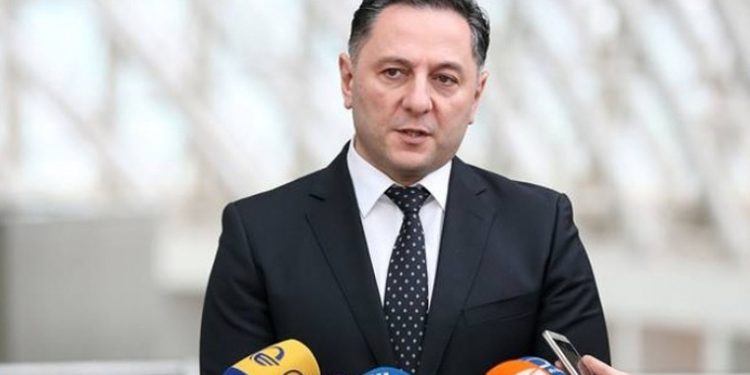 The Minister of Internal Affairs of Georgia Vakhtang Gomelauri confirmed that as a result of the helicopter crash in Gudauri, all eight people on board died.

The minister stated that a foreign tourist who was flying with a paraglider also died. The rescue operation was carried out in order to save the tourist.

In addition, one paraglider was injured and was taken to the hospital by ambulance.

The Minister of Internal Affairs expressed his condolences to the families of the deceased.

“It is very hard for us, for everyone, especially for the families, their friends, the Ministry of Internal Affairs. You know that 6 people were our employees, and 2 were emergency medical service doctors.

“Unfortunately, 8 people died. One person who was paragliding was injured and the foreign tourist who was with him also died.

“The injured Georgian was taken out from the ravine and he is being taken to the clinic by emergency workers,” said Gomelauri.

The Minister of Internal Affairs states that the regulations on paragliding flights should be tightened or banned altogether, and meanwhile, flights will be suspended for a certain period of time.

Due to the tragedy in Gudauri, July 30 will be declared a day of mourning in Georgia.

Related Story:  “There Were 8 People on Board” – Investigation Launched into Helicopter Crash