“There Were 8 People on Board” – Investigation Launched into Helicopter Crash 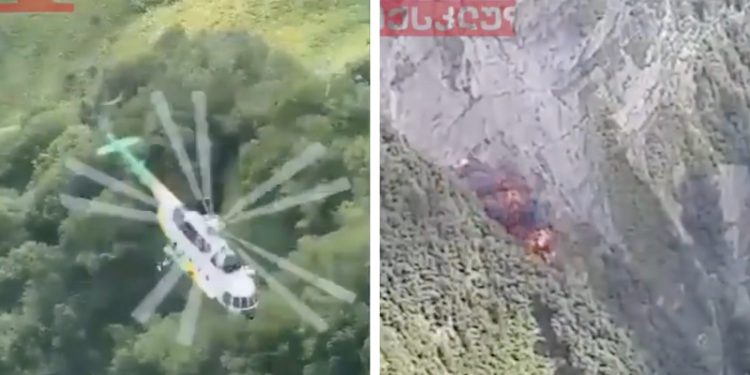 The MIA published another statement regarding the tragedy that happened in Gudauri, saying that at the time of the accident, there were 8 people in the helicopter.

The agency says relevant units are mobilized in the vicinity of Gudauri, at the scene of the accident and are taking all necessary measures.

The statement of the Ministry of Internal Affairs does not say whether there are victims following the crash or not. However, Interior Minister Vakhtang Gomelauri confirmed that all the eight people on board died.

“Today, in the vicinity of Gudauri, during a paragliding flight, 2 people fell on a rocky slope. The helicopter belonging to the border police was involved in the rescue operation, which lost control and crashed.

The Ministry of Internal Affairs writes that it continues rescue measures for the paragliding instructor, the accompanying passenger and the persons on board the helicopter.

The investigation into the violation of air transport operation rules is being conducted under Article 275 of the Criminal Code of Georgia.

Related Story: Helicopter Crashes During Rescue Operation of Paragliders who Fell in Gudauri