Hubert Knirsch’s Last Interview as Ambassador to Georgia: The Parties Must Work Together and Show that Georgia Can Rule Itself and Transform Itself to Meet its People’s Expectations 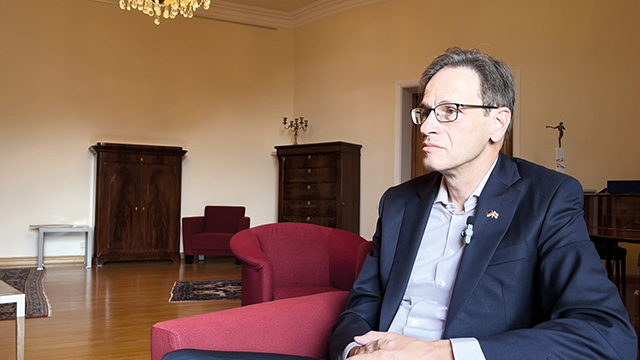 When I first came to Georgia and then came again as an ambassador, I quickly discovered this is a very special relationship, – Hubert Knirsch, Ambassador of the Federal Republic of Germany to Georgia, tells GEORGIA TODAY. “To very many Georgians, Germany means a lot, and they hold Germany in high esteem. Not all Germans know about Georgia, but as soon as they do, as soon as they come here or find out at the Frankfurt Book Fair what a country Georgia is, what rich tradition and beautiful literature you have and so on, they become very interested, and want to become part of its story.

“As an ambassador, I knew I would have to do my very best to do justice to this tradition. I tried to convey to everybody in Georgia, everybody I could meet, how much we Germans appreciate Georgia and how we value the friendship that Georgians express towards us.

“I did what I could to have a part in the processes going on in this country, and to play a positive role in bringing Georgia closer to the European Union. Of course, a joyous moment stands out: the 8th of March agreement in 2020 that we could witness as ambassadors. It was Kelly Degnan, Carl Hartzell, Christian Urzell of the Council of Europe, and myself. This was a glorious moment when all the political leaders were sat around one table to agree on a complex agreement that satisfied all.”

Do you expect the ruling party or opposition will criticize you after you leave? We remember how Mr Hartzell became a subject of criticism only after he left.

Some of us have been the object of criticism already, and to a certain extent, this is natural. Everybody who plays a role in public life should know that you can face criticism and should not be shy. It is best to accept that fact. However, what is happening now and lately is taking on a different quality. I have the impression that this criticism, the tendency of mutual attacks, has taken over to such an extent that it could damage the relations between Georgia and the EU, for instance, or Georgia and the US. This makes me concerned, and this should be avoided. 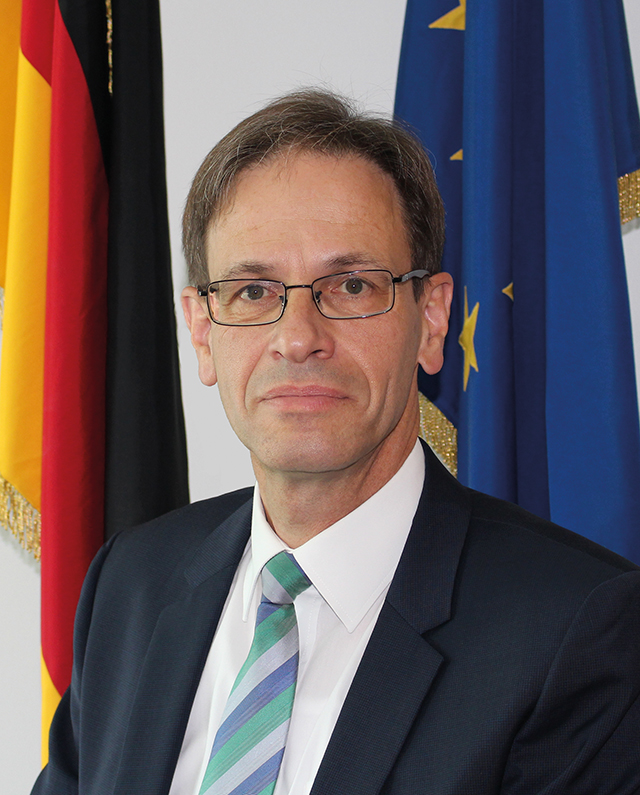 You were part of many decisive moments in Georgian politics. What would you advise Mr Peter Fischer, who will take your seat from September?
Peter is my good friend, and we have worked together. I have encouraged him to dive deeply into Georgia and to enjoy this country fully. This is a beautiful country, and you can see and experience many good things here, especially talking to as many people as possible outside the narrow realm of politics. To meet the people in the regions, to meet people from different walks of life – younger and older people. These conversations can give you strength and help you stand on both feet in political life, and you will not be afraid to be criticized by one or another person.

Two years earlier than expected, Georgia sent its request for EU candidacy status this March. What’s your opinion on that? What would you, as a representative of one of the most influential EU countries, advise us to do?
The decision of the European Council to grant membership perspective to Georgia, Ukraine and Moldova is, of course, a big step forward in the EU’s policy in Eastern Europe. This will create a different European Union in the future, and we want the three countries to succeed and advance on the way and become members of the European Union. We want them to meet the criteria we defined in Copenhagen many years ago for all new candidates. This means a transformation in the three countries, and specific changes are necessary, but these are things that the people in these countries also want and are part of becoming a European country in the total sense.

Since the EU postponed deciding whether to give us EU candidacy status, our Western partners have started to be attacked by the ruling party. What do you think about it?
Not only Western partners have come under attack. I’ve noticed in the last couple of weeks that the political climate in Georgia has become even more adversarial than it was earlier. It is the government against the opposition, opposition against the government and other opposition parties. Sometimes NGOs are involved, and embassies and ambassadors are also drawn into it. It is unfortunate, of course, and just the opposite of what the EU encouraged Georgia to show. The impression for European political leaders is that the aggressive ways of Georgian politics have paralyzed the country and made it unable to progress. They would like to see parties work together and showing that this is a country that can rule itself and transform itself, and that politics can meet the people’s expectations. This is what we are hoping for.

What would you advise the opposition, which doesn’t want to work with the ruling party?
Well, this is part of political life, that you often have to work with people you do not trust to the fullest extent. It is not a circle of friends, it’s not a beautiful family you are working with; you are working with political adversaries and opponents. But there can be no misunderstanding of what the EU has asked for. Point number one of the 12 points says expressly that parties should work together to achieve the reforms and the outcomes, and I don’t think this is asking too much. A party which considers itself pro-European should take this request and this point into account and help Georgia move closer to the European Union. There is no excuse for different behavior.

Georgian media has become subject to attack from all sides. Both the ruling party and the opposition are more than critical of them. What’s your opinion?
There have been different kinds of attacks on the media. One thing we remember vividly is the 5th of July last year, when media representatives were physically and violently attacked in the streets of Tbilisi. This was a shock to everybody who witnessed it, and I’m pleased that this year, the events around Pride Week took place in a peaceful atmosphere and were well protected. This is one kind of attack on the media. When it comes to verbal attacks to criticism, the media are part of public and political life. I’ve often heard the opinion, and I share it, that many media channels are polarized or even more polarized than some political parties. So, the media should not be afraid of being criticized. They should look at their role and responsibility in political life and make a significant contribution, even if they are not mentioned in the 12 points of the EU. They can make a substantial contribution to improving the situation in Georgia.

Focusing on real issues and talking to interlocutors quietly elucidates the readers and viewers and tells them something new, instead of looking for sensations of mudslinging and verbal violence. This is my wish for the Georgian media and for the Georgian people, and I want to say in my last interview that I’m very grateful for these four years and for everything I’ve experienced here. For the friendship, for the hard work, for the intensity of this experience, and I wish Georgia well.