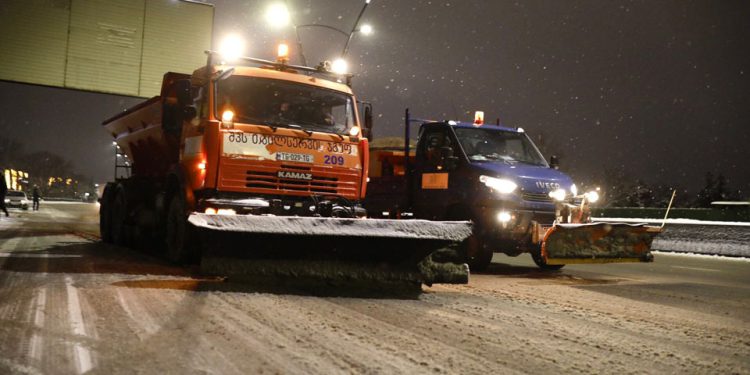 “The roads are slippery because of the ice. About 350 workers are involved in road cleaning works, which are being carried out 24 hours a day. Not only central roads and squares are cleaned, but also underground passages, stairs, and bus stops,” said Davit Pachulia, director of the Tbilservice Group.

He noted that a total of more than 1,000 tons of salt was spread in recent days and more than 30 pieces of special equipment are involved in the works. Pachulia noted that priority is given to streets of the first category, which municipal transport uses.

“We are in coordination with the patrol police and the Tbilisi transport company, and the messages received on the hotline are not left unanswered. It is very important that citizens traveling in private vehicles only do so in those equipped with winter tires,” said Pachulia.