Havlicek: Never Before in EU-Russia Relations Has the Kremlin Expressed such Disdain & Disinterest in Meaningful Dialogue 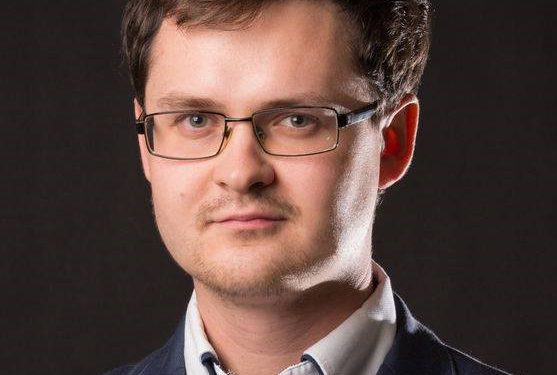 The EU and Kremlin relations are at perhaps a historically low point, something neither side even bothers to hide anymore, especially after EU High Representative Josep Borrell’s disastrous visit to Moscow and the resulting political circus masterfully staged by Foreign Minister Sergey Lavrov and his entourage. Alexey Navalny remains jailed, although the EU did roll out additional sanctions. It remains to be seen how long it will take until either side decides to give ground. What to expect from this new phase of escalated tensions between Brussels and Moscow, and what impact all of this might have on the Eastern Partnership trio of Moldova, Georgia and Ukraine were among the many questions the Georgian Institute for Security Policy put to Pavel Havlicek, an Eastern European political expert and analyst at the Association for International Affairs, Prague.

How would you assess Josep Borrell’s Moscow trip, considering you wrote at length what he was supposed to do in Moscow?

The message wasn’t as clear as it could be, but at the same time the conditions were so bad, there was only so much he could do. When he decided to go there, it meant Russians got to command the terms, and obviously they did everything they could to make it suit their plans. They wanted to humiliate him, to play and toy with him, and Foreign Minister Lavrov has all the honed skills of Old School Soviet diplomacy that Borrell, to put it mildly, simply couldn’t measure up to.

Unsuccessful diplomatic pilgrimages wouldn’t be a first for an EU diplomat, but it was his awkward-seeming silence during the press conference as Lavrov launched a barrage of criticism at the EU that bewildered people. Why not speak up when Lavrov declared that “The EU should not interfere in Western Balkans and post soviet countries?” Needless to say, it did nothing to reassure others of Georgia’s pro-Western society.

This was indeed seen as a PR fiasco, not only by our Eastern European partners and the Western Balkans, but also by many EU countries as well. There were other similarly alarming moments as well, most vividly, Lavrov calling the EU “an unreliable partner,” and Borrell not commenting on it. Borrell himself, being grilled at the European Parliament upon his return, justified it by saying that he wasn’t there to offend anybody, and chose to be diplomatic instead of assertive.

Lavrov was, though, and the ‘Staircase Spirit’ is probably not the principle EU diplomacy should work according to.

I absolutely agree. There were moments that gave the impression that Mr. Borrell was completely unprepared and off-script. In the following days, Mr. Borrell said that he argued very staunchly over many important points, including Ukraine and other neighborhood issues, behind closed doors, and he didn’t want to bring them up again during the presser. That was his line of thinking. Then the Russian side reacted and said that this was not the case. However, there is one important point to consider: This Russian short term “diplomatic” victory, the humiliation of Mr. Borrell and the EU as a whole, might have helped to create a momentum for the EU to realize that things are not as they should be. The crowning statement of FM Lavrov, days later, when he announced that Russia is prepared to cut ties with the EU altogether if the latter decides to double down on sanctions, gives the EU a unique opportunity to unify around the Russia issue and stand up to the Kremlin politics of aggression and bullying.

Would this momentum introduce some red lines for Russia that have been missing from the EU approach for some time now?

Indeed, there were no red lines articulated in Moscow during Borrell’s visit. And I would say that if there were any, they have long since been crossed. The Navalny poisoning and then imprisoning him on the basis of a case that the European Court of Human Rights explicitly considered unlawful, the repression against the protesters: the scale of it all is unprecedented even for Russia. It might be the right moment to create a new consensus on the EU’s foreign policy towards Russia. This has been one of the EU’s biggest challenges since the united European foreign policy began to take shape. Russia was and remains the ultimate challenge for having a strong and credible EU foreign policy. The fact that on February 21, the EU agreed to impose a set of new, Navalny case-related further sanctions, is a correct step in this direction. Borrell’s visit was the tipping point that might have convinced the skeptics to change their position towards Russia.

“Macron will have to make a choice: does he want to leave the legacy of the man that stood up for a united Europe, or the guy that fruitlessly pushed for dialogue with the Kremlin?”

Those skeptics might say that all this is temporary, that all ills will be forgotten next week and yet another reset will be on the books.

First, never before in the history of EU and Russia relations has Russia expressed such an ultimate disgust, disdain and disinterest in having any sort of meaningful dialogue with the EU. This is the first time. Second, Russia seems to have passed all limits of insolence already: the list of undesirable organizations from the EU and the West in general has never been this long. They have antagonized Germany: during the above-discussed presser, Lavrov called Germany out on several issues. This wasn’t merely humiliating Borrell, it was a humiliation of Germany itself. So even the “doves”, the camp that was constantly arguing for having some kind of relations with Russia, even they are despondent and frustrated. It might come to pass that even the Nord Stream 2 will be put into question, especially if the Greens end up successful in the upcoming German elections. Even Macron will have to make a choice: does he want to leave the legacy of the man that stood for a united Europe, or the guy that fruitlessly pushed for dialogue with the Kremlin? He has already lost credit in Eastern Europe, and if you are competing for votes with Marine Le Pen, you don’t want your legacy to be a bilateral dialogue with Russia at the cost of a humiliated Europe.

What does this political climate change mean for the countries of the Eastern Partnership?

My vision for the Eastern Partnership in the long-term would be that the policy and the region itself will be elevated above Russia. Instead of pursuing a relationship with Moscow that evidently leads nowhere, this might be the big moment for the Eastern Partnership project to come back to the EU table. Unfortunately, up to this point, the Eastern Partnership was nowhere to be seen on EU’s day to day agenda. Even the Summit has been postponed again. Moldova: not much luck with obtaining the vaccine, Ukraine: scrambling as hard as it can to acquire some; the same for Georgia. They are alone. This is a huge challenge and the EU should be much more instrumental in assisting the Eastern Partnership trio, at least with vaccinations. If the EU is good at one thing, that’s solving such matters, and this is a perfect opportunity to strengthen EU enlargement in the region. If these countries are our associated members, then it stands to reason that we should not abandon them in such a dire situation.