Hartzell on Dragging Georgia into War: Really Disappointed to Hear Such False Claims 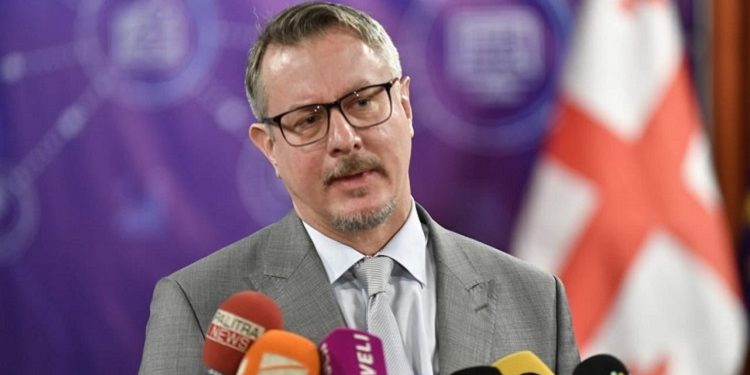 The Ambassador of the European Union in Georgia, Carl Hartzell, claims that the statements that the West wants to drag Georgia into the Russia-Ukraine war are absolutely not true.

He noted that at no point in the past, has the European Union wanted to see this war spreading further, nor will it in future.

“I am really disappointed to see those trying to make such false claims, whether directed at the EU or the US. As you will have seen, from day one of Russia’s unprovoked and unjustified war in Ukraine, the EU has been working hard with partners to put an end to these atrocities, and to bring a just peace to Ukraine and its population. At no point in the past, or in the future, has or will the European Union want to see this war spreading further,” said the Ambassador.