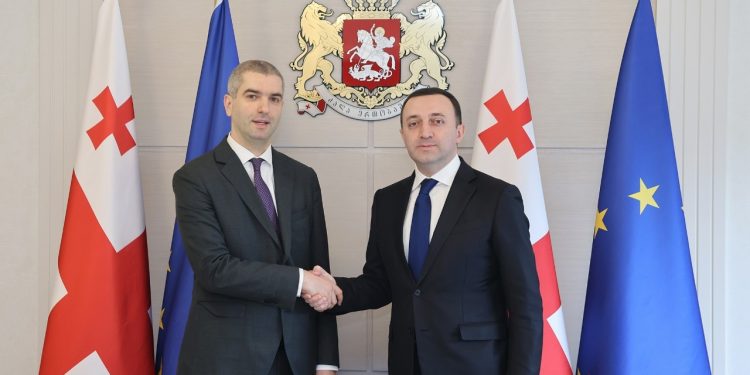 Garibashvili congratulated the diplomat on his appointment to a new position and wished him success in his future endeavors.

The conversation touched on the positive dynamic of bilateral relations between Georgia and the Argentine Republic, including in political, economic, educational, cultural, and agricultural directions, and on prospects of future cooperation.

Khandamishvili has years-long diplomatic experience. For years, he worked in various positions in the Foreign Ministry, also in Georgian diplomatic missions abroad. From August 2021 to December 2022, he served as Deputy Permanent Representative of Georgia to the United Nations.

In 2003, he graduated from Ivane Javakhishvili Tbilisi State University, with a bachelor’s degree from the department of commerce and marketing. In 2005, he received a master’s degree from the same university. Also in 2003, he graduated from the department of humanities of Tbilisi State University, majoring in jurisprudence. In 2017, he received a master’s degree from Johns Hopkins University where he studied with financing from the International Education Center, majoring in international public policy. He has a wife and one child.