Gov’t to Send Plane to Evacuate Georgian Citizens from Afghanistan 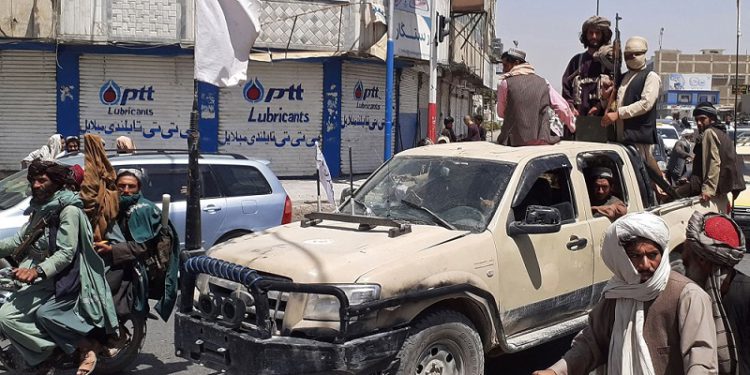 Taliban fighters drive an Afghan National Army (ANA) vehicle through a street in Kandahar on August 13, 2021. (Photo by - / AFP) (Photo by -/AFP via Getty Images)

The Georgian Foreign Ministry (MFA), in coordination with the Prime Minister’s Office, is actively working to evacuate Georgian citizens from Afghanistan.

A decision was made that the government would send a separate plane to bring Georgian citizens home from Afghanistan, Deputy Foreign Minister Aleksandre Khvtisiashvili said on Monday.

“Ex-military Georgian citizens work in the private sector in Afghanistan. In particular, 17 citizens are employed in Canadian and six in American companies,” Khvtisiashvili noted.

The Deputy Minister claims those citizens failed to arrive at Kabul airport last night and, consequently, could not reach the Ukrainian plane they should have taken, as the situation is tense there.

The Taliban entered Kabul, the capital of Afghanistan, on Sunday, and took over the presidential palace. President Ashraf Ghani has fled the country.

He said the US succeeded in its mission of bringing those responsible for the September 11, 2001, terrorist attacks to justice and that remaining in the country was not sustainable.

“Remaining in Afghanistan for another one, five, 10 years was not in the national interest,” Blinken said on Sunday.