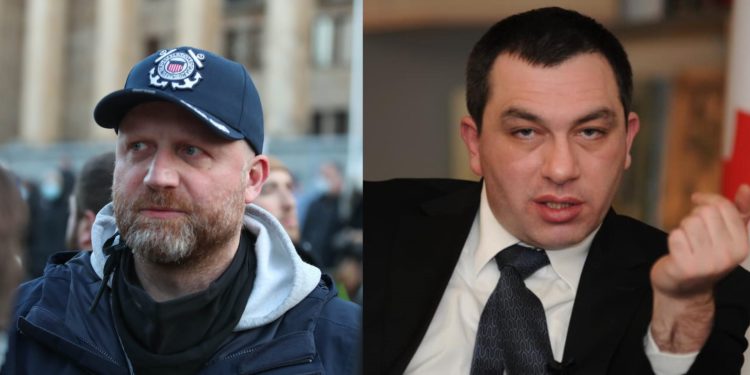 Press services of the parties ‘Girchi – For More Freedom’ and ‘European Georgia’ told Publika that they refuse to sign the compromise document created by the European Council’s President Charles Michel’s special envoy, Christian Danielson, who mediated the negotiation process between the ruling party and the opposition.

Giga Bokeria, the leader of European Georgia, said that Georgian Dream retreated under pressure from the West, but it is not enough.

“It is clear that the positions on Michel’s plan agreed on 3 points, but there are 2 points on which we have not yet agreed. The political prisoners must be freed, and we must see that political persecution has ceased. Mr. Talakvadze did not say anything about it, and of the early elections, he merely mentioned something incomprehensible and vague about taking 40%.

“We have a strong position – either we have to agree directly on the deadline, or a plebiscite, where the majority decides whether there should be an election and not 40% against 60%,” Bokeria said.

He also mentioned that in case Georgian Dream receives less than 40% of the vote, the discussion on possible early elections would resume.