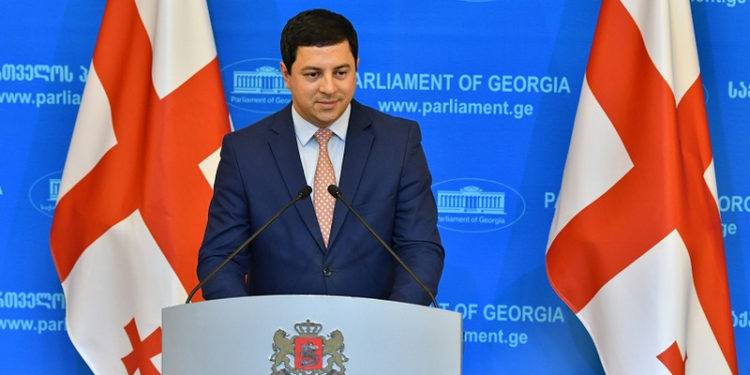 The Chairman of the Georgian Parliament, Archil Talakvadze, made the relevant statement at a special briefing aired on TV this afternoon.

He noted that the Georgian Dream will fulfill the points given in Danielson’s document if the opposition also signs it.

Talakvadze pointed out that the EU did not include the issue of early elections in the document, which is another clear confirmation of the legitimacy of the parliamentary elections and the parliament.

“Charles Michel sent his special envoy to Georgia to improve the political situation in the country. The facilitation of political dialogue was replaced by mediation, the essence of which was that the mediator would offer the parties a fair draft agreement to be signed by all political parties. The mediator, with the active involvement of the EU and US Ambassadors, drew up a document and submitted it to the parties for signing.

“Today, the Georgian Dream publicly signs the document drawn up under the auspices of European Council President Charles Michel, which was submitted by his special envoy Christian Danielsson.

“The signing of the EU-sponsored document is a demonstration of our high responsibility towards the Georgian community and international partners. Now it is up to the opposition to take a step. They have another chance to prove that they put the interests of the state above their own partisan interests,” he said.

Georgian opposition parties that obtained mandates in the Parliament of the 10th Convocation believe the 2020 parliamentary elections were rigged by the incumbent government.

They have been demanding snap parliamentary elections and the release of the United National Movement Chair, Nika Melia, and the co-founder of the TV channel Mtavari Arkhi Giorgi Rurua, as they believe that both of them are political prisoners.

The second EU-mediated attempt to solve the political crisis in Georgia also failed, as none of the political actors agreed on the solution.

The last joint meeting of the parties took place on 31 March, but no agreement was reached. Danielsson finished his visit to Georgia and returned to Brussels. The EU mediator noted that the solution to the political crisis depends on Georgia’s political leaders and non-governmental sector.