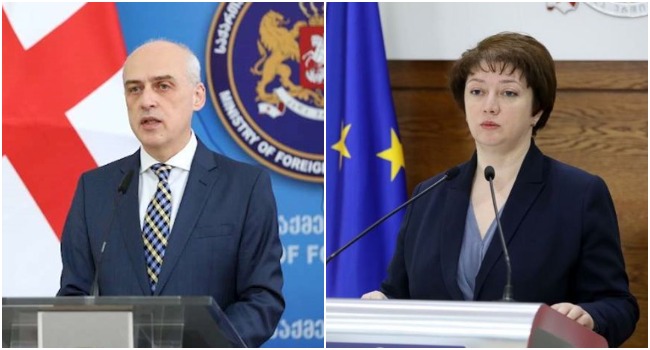 “In order to overcome the global economic crisis, and because the country needs to be economically ready for 2024 and, most importantly, to make a deserved application for full membership in the EU, we need coordinated work in this direction, and today I would like to present Ms. Maia Tskitishvili as the First Vice Prime Minister and the curator of the economic direction,” he said.

Gakharia noted that in the light of the goals set by Georgia and the challenges the country is facing, foreign relations are of special importance.

“Especially today, when important events are developing in the region, international relations are becoming more and more important. It is critically important for us to respond to the occupation, to integrate the country into international organizations, to apply for full membership in the European Union by 2024, to further integrate into NATO. Accordingly, Davit Zalkaliani will be the second Vice Prime Minister,” Gakharia added.

Maia Tskitishvili, a Georgian economist and politician, has served as a Minister of Regional Development and Infrastructure since 2018.

Davit Zalkaliani was appointed Minister of Foreign Affairs in 2016; previously he held the position of First Deputy Minister.