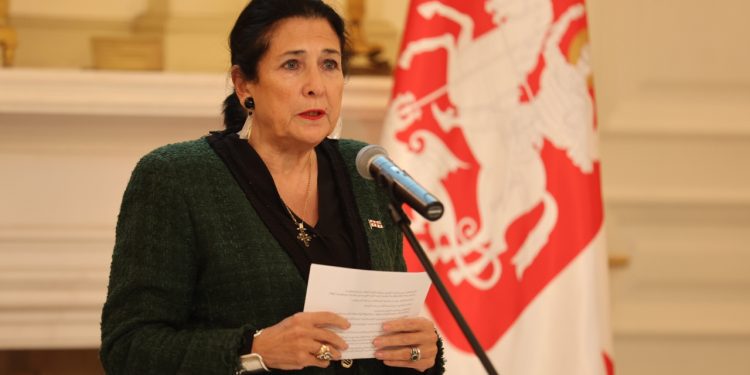 I do not welcome the restoration of flights to Russia! – reads the statement of the President of Georgia, Salome Zurabishvili.

She claims that she cannot share the argument used to support this position, as if it would serve to alleviate the problems of Georgians living in Russia.

The President says that instead of flights, the government should take care of the country’s reputation, “categorically respond to the accusations made against the country – about the circumvention of sanctions through Georgia!”

“At a time when all our partner countries express their maximum solidarity with the self-sacrificing struggle of Ukraine, for me, and I am sure for the majority of society, the position of the government and the ruling party is, to put it mildly, incomprehensible.

“I cannot agree with the argument that is used to support this position, as if it serves to alleviate the problems of Georgians living in Russia. For months, despite all my efforts, I have not been able to achieve any result regarding the simplification of the criteria for granting citizenship – an issue that most worries our compatriots abroad, including Russia.

“At this time, if we have any memory of Russia’s already outdated tricks, we should understand that the Kremlin will use such topics when it hopes to create some kind of rift between us and our Western partners. This should not be allowed!

“Instead, as I have repeatedly urged the government, it is necessary to seriously study the issue of the influx of Russian citizens, with all its social and political parameters, so that the public feels that its national interests and security are protected. We need regulations regarding work rights, business registration, property acquisition, or the opening of Russian-language schools.

“Also, instead of flights, the government should take care of the country’s reputation, categorically respond to the accusations made against the country about the circumvention of sanctions through Georgia! All this requires a serious state approach and denial of the accusations, which will be categorical and supported by facts!” read the statement.

On January 18, the head of the Russian Foreign Ministry, Sergey Lavrov, praised the Georgian government for its “courage”:

Chairman of ‘Georgian Dream,’ Irakli Kobakhidze, and General Secretary of the party, Kakha Kaladze, said that the restoration of air traffic “would not be bad.”

Related Story: Russian FM: Georgia is under Pressure from the West to Join Sanctions against Russia