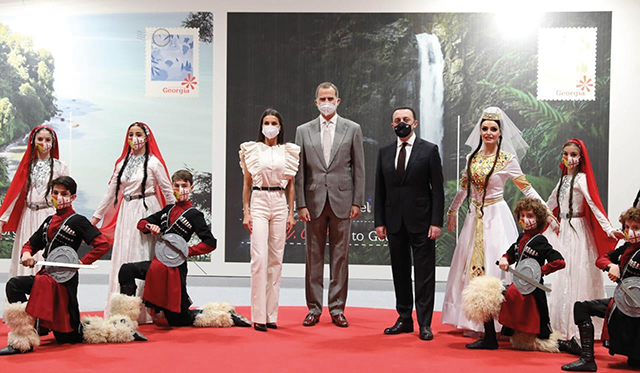 Irakli Garibashvili, Prime Minister of Georgia, started his visit to the Kingdom of Spain on May 19.

He toured the International Tourism Exhibition ‘FITUR 2021’, hosted by the IFEMA Exhibition Center, together with King Felipe VI of Spain and Queen Letizia, where Georgia is participating as a partner country. They also attended a performance by the Georgian Folk Dance Academy “Georgia”, founded by the Diaspora in Spain.

The President of the FITUR International Committee and the Chairman of the Executive Committee of the Exhibition Center addressed the participants at the opening ceremony.

PM Garibashvili, accompanied by the World Tourism Organization’s Secretary-General Zurab Pololikashvili and members of the country’s executive and legislative branches, familiarized himself with the Georgian tourism stand. 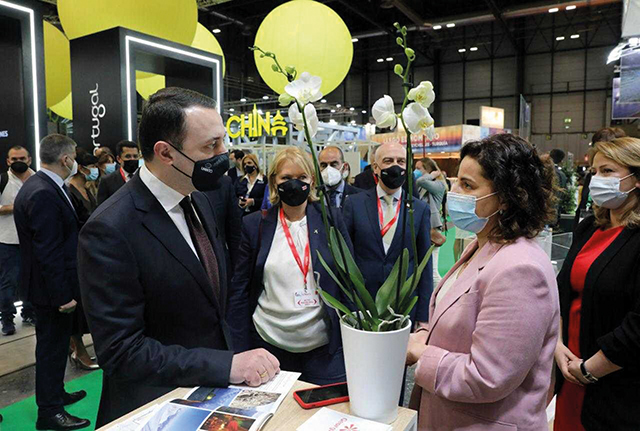 “This international tourism fair is effectively a message heralding the world’s gradual return to normal life, and we, among others, must be ready to host tourists actively,” the Georgian PM stated.

He noted that vaccination, management of the epidemiological situation, and citizens’ responsible attitude are key in this direction.

“It is a great honor to be featured in Spain, at the FITUR fair. As you know, the event showcases about 100 countries, including us in a prominent spot. This event is a message heralding the world’s gradual return to a normal life, and we, among others, must be ready to host tourists actively. Of course, vaccination, management of the epidemiological situation and control, and our citizens’ responsible attitude are key in this direction. We are very optimistic, and the whole world is motivated to return to life as usual, and we will all be ready to host tourists in Georgia together,” Garibashvili said. 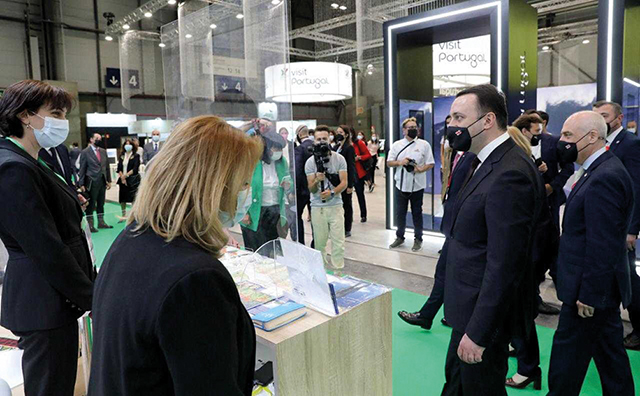 As part of his official visit, the Prime Minister of Georgia met Meritxell Batet, President of the Congress of Deputies. Relations between the two nations in various areas, including that of the legislative authorities, were among the key topics discussed during the meeting.

It was noted that Georgia has close and productive cooperation with the Kingdom of Spain and that it is essential to deepen this. Prospects of future steps towards parliamentary diplomacy were reviewed at the meeting, and the organization of a joint parliamentary forum of economic committees between Spain and Georgia was initiated towards this end. It is intended to establish a format tailored to the discussion of crucial issues.

The significance of the support demonstrated by the Kingdom of Spain towards Georgia in every parliamentary assembly, related to the occupied territories and integration into the European and Euro-Atlantic institutions, was highlighted. 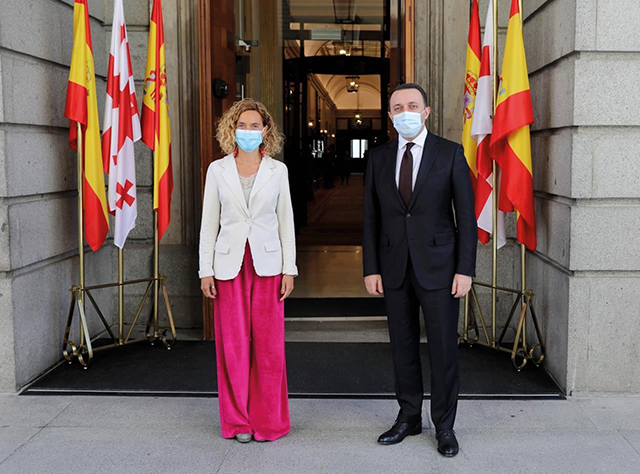 Attention was focused at the meeting on the role played by Georgia in the region and future steps to be made towards facilitating and intensifying the economic cooperation between the two countries, as well as towards advancing the people-to-people and cultural connections.

The meeting held at the Congress of Deputies in Spain was attended by David Zalkaliani, Deputy Prime Minister and Minister of Foreign Affairs of Georgia; MP David Songhulashvili, Chairman of the Sectoral Economy and Economic Policy Committee at the Parliament of Georgia; and H.E. Ilia Giorgadze, Ambassador Extraordinary and Plenipotentiary of Georgia to the Kingdom of Spain.

The Head of Government of Georgia made a keynote entry into the Book of Honorary Guests deposited at the Congress of Deputies in the Kingdom of Spain.