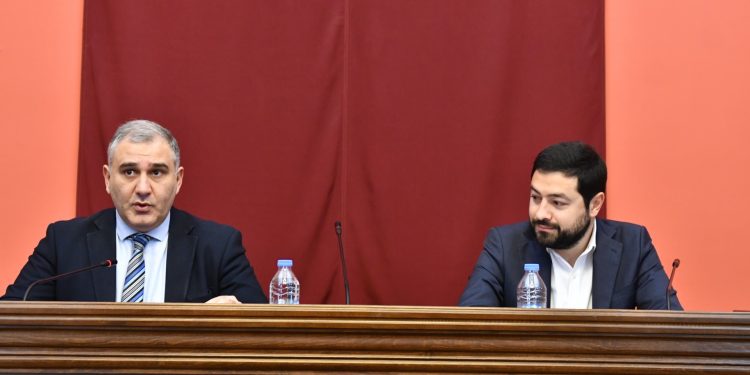 The EU Integration and the Human Rights and Civil Integration Committees discussed the Draft Law on Voluntary Private Pension, introduced by the Head of the Capital Market Development and Pension Reform Department of the Economic Ministry, Giorgi Gurgenidze, elucidating that Georgian citizens are now allowed to voluntarily join or establish the private pension schemes.

It is the right to apply to a wide range of subjects, including employers, employer unions, trade unions, as well as any person willing to join or establish private pension schemes regardless of employment.

The Draft allows participation in several pension schemes. “The Draft facilitates the development of the insurance sector and asset management market since it grants them the opportunity of additional activity. Development of the hereof markets will in its turn increase the competition quality and promote the enactment and establishment of the effective voluntary private pension system,” the reporter noted.

The Draft improves the national legislation governing the hereof sphere and facilitates the approximation to the EU principles and standards. Upon the availability of the legal frame corresponding to the best international practice, the voluntary private pension market will acquire higher attraction and reliability for Georgian citizens.

“Inculcation of the hereof regulations will cover all categories of the subjects, allowing them to create long-term savings. At that, the accumulation of long-term savings promotes the development of the local capital market since the investment of the accumulated funds will be possible in a long run at the local capital market, which will lead to more effective capital allocation and economic growth of the country,” he added.

The Committees approved the Draft