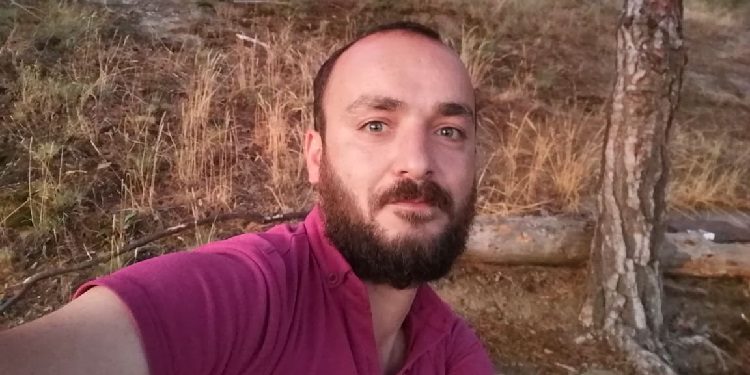 Mursakulovi denies all accusations against him, his lawyer has told journalists.

Reportedly, the detainee lived near the victim, on Gogebashvili Street. The alleged motive for the murder was a robbery. The attacker was going to seize Shanae Brooke’s iPhone 12, but he could not achieve the goal, because the girl threw the phone in a ravine. The accused accidently cut his hand with a knife and left traces of his blood at the crime scene, as a result of which, the genetic examination established the detainee’s DNA and his identity.

According to Ambebi.ge, the accused was detained by the police at his own house.

Investigation of the case is being conducted under Article 108 of the Criminal Code of Georgia, envisaging from 7 to 15 years of imprisonment.
Mursakulovi was arrested yesterday and he will be officially charged later today.

Shanae Brooke Edwards, an Australian citizen, had been temporarily living on Gogebashvili Street, Tbilisi throughout the recent year. She often used to go on a walk in the forested area located near Mtatsminda Park.

“On July 30, Shanae Brooke was supposed to meet her friends, but did not appear on time, and was unable to be contacted.

“Soon after, Shanae Brooke’s friends filed a police report on her disappearance.

“As soon as the report was received, a search was initiated by the officers of the Ministry of Internal Affairs. The search operation also involved the K-9 service of Forensic-Criminalistics Department,” the ministry stated.

Several hundred employees of the Criminal Police, Emergency Situations Management Service and Special Tasks Department were involved in the search, as were over 100 civilians.

“In the afternoon of July 31, as a result of an intensive search operation, the body of the young woman was found with evidence of violence. The investigator of the Ministry of Internal Affairs inspected the scene and the body of the deceased with the involvement of forensic experts from the Forensic-Criminalistics Department of the Ministry of Internal Affairs, in the course of which a number of items relevant to the case and biological traces were obtained.

“The murder weapon, a knife, was also seized by the law enforcers in a damaged condition. After inspecting the crime scene, the body was transferred to the Levan Samkharauli National Forensics Bureau where a relevant body examination was conducted. Items and genetic evidence extracted from the scene underwent a number of examination procedures, including biological, traceological, genetic and fingerprint examinations

“More than 200 people were interviewed, including friends, co-workers, neighbors of the deceased woman as well as people employed and present in Mtatsminda Park on the day of the crime. Based on the information received from them, in order to identify the offender, a composite sketch was created which was sent to all operative units. The routes of Shanae Brooke’s movement were examined as well as video materials depicting her movement on the day of the incident. Investigation also studied several dozen examples of video surveillance camera footage owned by Public Safety Command Center 112 and private facilities installed near the place of crime, the victim’s place of temporary residence, and streets located near Mtatsminda Park.

“Within the framework of international police cooperation and legal assistance, various activities were carried out:

“In particular, Shanae Brooke’s friend in the United States, with whom the victim communicated through social media before her death, was interviewed.

“Biological evidence of the alleged offender obtained from the crime scene was sent to 194 member states of Interpol for comparison in DNA databases.

“Biological samples were taken from several dozen people allegedly involved in the crime, on the basis of which genetic examinations were done. All of them underwent a detailed interrogation. Alibies provided by the mentioned individuals to the investigation on their whereabouts at the time of the murder were verified by various investigative measures. As a result of complex and multifaceted investigative activities, the circle of the supposed offenders was reduced to a minimum, whereas, as a result of genetic examination, the identity of the offender was unequivocally confirmed.

“Based on the evidence obtained through the process of investigation, including witness testimonies, video surveillance camera recordings, genetic examination reports and other evidences- R.M. (DoB 1988) was arrested on September 8 of the current year as the accused person based on the relevant court decision,” reported the Ministry of Internal Affairs (MIA).