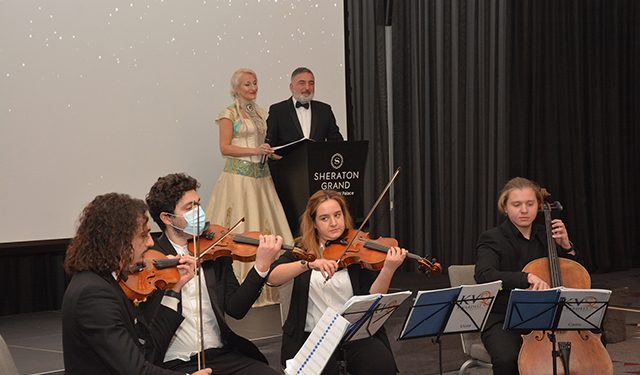 On December 28, the public relations agency Profile will hold a grand awarding ceremony for successful companies. “Georgian Brand Day” is one of the most innovative and recognized projects, a fact confirmed by participating companies, supporters, sponsors, public opinion leaders and media feedback. Georgian Brand Day will this year be hosting successful national brands for the 20th time.

The foundation of the project was laid in 2003, when Georgia was in the worst economic situation. The first event was salon-style, and only wine producing companies participated. But since then, throughout the long existence of the project, many companies of different profiles, which have gained international recognition, have appeared on the Georgian market and are now successfully operating.

The goal of the project is to promote the formation and promotion of Georgian brands in the domestic and foreign markets; establish healthy competition methods and technologies in companies; form an ethical business environment; stimulate the social responsibility of companies; and support positive processes in Georgian business and provide information to the public.

“When we started working on the project, the word ‘brand’ was so foreign to the public that we had to explain its meaning… two decades have passed since then, and many brands were created in Georgia, and they have achieved significant success in the domestic and foreign markets,” says Manana Gegidze, founder and general director of PR agency Profile. “Georgian Brand Day is different in its essence and content: It is not only business, but also a kind of beating heart of the country. At the end of the year, we cover all the events that happen in terms of cultural life, science and, most importantly in Georgian Business.”