Gakharia: If GD Fought against UNM as it Does against Us, We’d have Different Political Reality 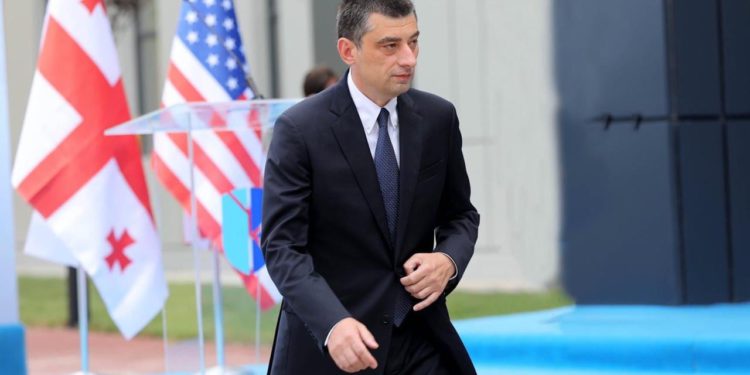 “There would have been a different political reality in the country if the Georgian Dream had fought against the United National Movement with such passion for years as it does against us today,” Ex-PM Giorgi Gakharia, now the leader of the For Georgia party, told Rustavi 2 when commenting on the recent unconfirmed reports that he met with former president Mikheil Saakashvili during his visit to Washington.

The former PM confirmed that he was staying at the hotel where Mikheil Saakashvili was staying in Washington, but denied reports that he had met with members of the United National Movement, as “he has nothing to do with them.”

“We stayed at the same hotel for one night, and the next day we were already in another hotel. There has not been any meeting. I have nothing to hide. I have nothing in common with the United National Movement. This is not serious,” Gakharia told Rustavi 2.

He said he had met with representatives of the administration and the Security Council in the United States and mainly talked about his party’s visions.

“We talked about all topics, both past and future, but the main thing is that our partners and colleagues are still interested in our vision for the future. We had meetings in the administration, in the Security Council. We will come back to Georgia and tell you everything,” Gakharia said.

Giorgi Gakharia, Kakhaber Kemoklidze, Member of Political Council of ‘For Georgia’ and Levan Dolidze, Political Adviser, have been holding meetings with the representatives of the US State Department, various international organizations, experts and representatives of academic and political circles.

The future plans of the party, its reform agenda and the local elections of 2021 were discussed at the meetings.