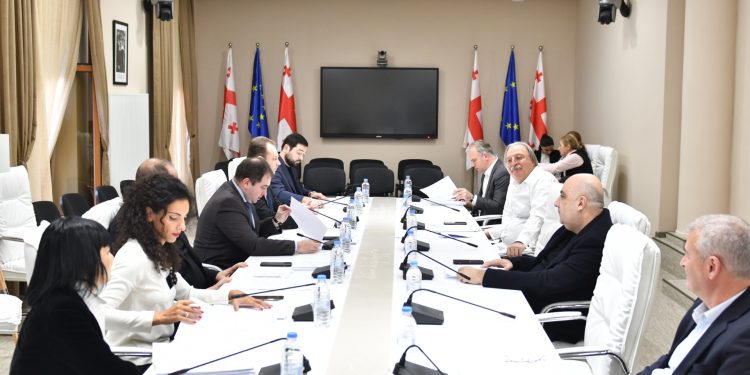 The Foreign Relations Committee discussed the Hague Convention of June 30, 2005, on Agreements on the Choice of Court and the draft laws on Private International Law and Civil Procedure Code.

As the rapporteur, Deputy Minister of Justice, Tornike Cheishvili notes, recognition of the convention as mandatory is an obligation stipulated by the EUAA agenda. He claims that the Convention’s purview regulates the exclusive agreement on the court’s choice in commercial or civil disputes. The Civil Procedure Code and the Law on Private International Law will change and be expanded upon as a result of Georgia’s ratification of the Convention as binding.

As noted in the convention, the court chosen by the parties is assigned exclusive competence, within the framework of which only the chosen court has the right to consider the dispute arising between the parties.

The Committee heard the annual report on the implementation of the 2021 action plans of the ministries of Georgia on the Rights of Persons with Disabilities.

The report’s main areas of focus, as the speaker, Niko Tatulashvili notes, adviser to the Prime Minister on human rights issues, include the study of international practice and raising awareness; the protection of the right to health; promoting independent living and ensuring accessibility; access to proceedings; employment promotion issues; social protection; access to the right to education; and participation in cultural, sporting, entertainment, and other public events.

The speaker discussed the effort that is done in both directions by municipalities and ministries.