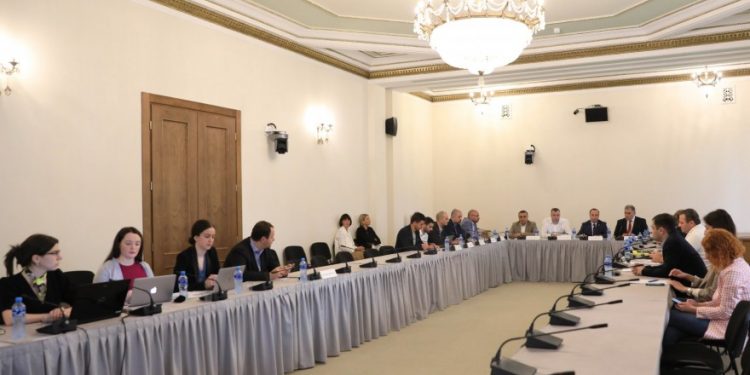 The working group at the Legal Committee working on the further capacity building of the Special Investigation Service and Personal Data Protection Service held the first meeting.

As the Chair of the Committee and the Head of the Group, Anri Okhanashvili stated, the parties identified all crucial issues for contextual and specialized consideration at the next meeting, namely, the degree of argumentation of each proposal, their logical nature and prospect to facilitate further capacity building of these agencies.

“Our key goal is to facilitate these agencies, as stipulated in the 12-point plan, in the uninterrupted realization of their mandates. Today, we identified certain issues, including the financial and human resources aspects. According to the officers of the Special Investigation Service, they are committed to further extending their mandate in regard to the European convention and proceeding beyond Article 18 which was the only context for their investigation authority; now, they express their interest in the investigation of other articles of the convention. According to the representatives of the Personal Data Protection Service, they are interested in the intensification of the activity on the new Law on Personal Data Protection. The representatives of the civil society proposed to add the prosecutor’s function to the Special Investigation Service. Now, we intend to discuss the OSCE/ODIHR opinion issued on the hereof agencies and thus, we have identified all the issues to start their consideration at the next meeting,” he stated.

The Group is monitored by the officers of the Presidential Administration. As the Plan prescribes, the Bill shall be initiated no later than October 19, 2022, and adopted no later than December 1, 2022.