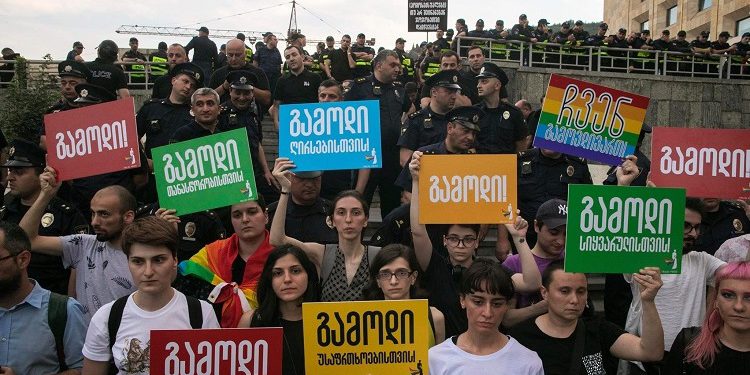 For the first time in the country’s history, a transgender woman in Georgia has had her gender officially recognized.

Georgian women’s rights group WISG reported on 31 March that the civil registry under the Justice Ministry had accepted an appeal from the woman to have her gender marker be changed from ‘male’ to ‘female’ in official documents after she underwent sex-reassignment surgery.

The woman has already received a renewed birth certificate reissued by the authorities, the group said.

Women’s Initiatives Supporting Group (WISG) noted that this change is an important achievement, however, Georgia still lacks proper legislation in this direction.

“To date, there is no legislative or administrative mechanism for legal recognition of gender. This fact is just an illustration of the established practice in the country, which has no relevant legal basis,” the group noted.

In 2017, two Georgian transgender men filed a suit against Georgia in the European Court of Human Rights after the authorities refused to change their gender markers in official documents unless they underwent sex reassignment surgery.

The case is still pending in court.

“Women’s Initiatives Supporting Group (WISG) deeply regrets the systemic problems in Georgia due to which LGBTQI persons in particular face barriers to properly exercise their rights and freedoms. The existence of such problems is on the one hand supported by societal stigma and stereotypes towards LGBTQI persons; and on the other hand, the state neglects the specific needs of the members of the group.

“Trans people living in Georgia are deprived from the most important recognition. They cannot change the gender marker on their IDs since the mechanism for legal gender recognition (LGR) is not regulated by law. As of today, some trans people are forced to undergo unwanted, medically unjustified, expensive and life-threatening procedures in order to change their gender marker.

“As a result of the failure to recognize their legal gender, trans people become victims of discrimination and have their right to respect for privacy violated every day and when they are asked to show their IDs. This means that trans people are in unequal conditions at times of employment, service delivery and participation in daily life. All of this leaves LGBTQI group members unprotected, and makes them vulnerable to homo/bi/transphobic violence and discrimination.

“Moreover, the services at the individual medical facilities remain inaccessible for trans persons,” the WISG states.

The Women’s Initiatives Supporting Group (WISG) is a non-governmental, non-profit-making feminist organization defending the human rights of lesbian, bisexual women, trans and intersex persons in Georgia. The main goal of the organization is to support the formation of a harmonious society based on principles of social justice by empowering women, which shall ensure full involvement and equal participation in social, political, cultural and economic life for all women.