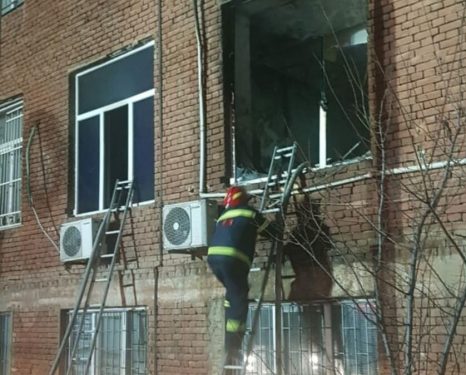 Firefighters have saved the lives of the Traumatology Center patients in Tbilisi, the Emergency Management Service reports.

After the Public Safety Command Center ‘112’ was notified about the fire at the Traumatology Center on Tsinandali Street, eight fire crews were sent to extinguish the blaze.

Heavy smoke and an open fire were detected on the first floor of the three-story building. The flames were extinguished 30 minutes after the emergency report. In addition, firefighters managed to transfer five patients to a safe ward, where the doctors are able to continue their treatment.

No-one was injured during the incident.

During the last week, 1021 firefighting/rescue operations have taken place in Georgia, 421 of them in Tbilisi.