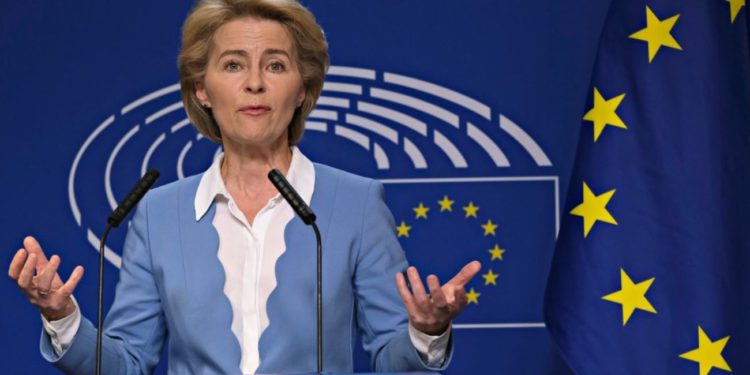 Stressing the unity between the EU and NATO, she said: “It is our shared duty to stand up to the gravest act of aggression on European soil in decades,” and added: “What is at stake is not just Donbas, not just Ukraine… but the whole international order.”

Outlining “massive and targeted sanctions” that will be brought in by the European Union, Ursula von der Leyen said: “This package will include financial sanctions that harshly limit Russia’s access to the capital markets”, and “cut off Russia’s industry from the technologies desperately needed today to build a future.”

The second main pillar of sanctions will limit Russia’s access to crucial technology. “Our measures will weaken Russia’s technological position in key areas from which the elite makes most of their money – this ranges from high-tech components to cutting-edge software.”

“This will seriously degrade the Russian economy in all areas in the future,” the European Commission President added.