Essence of Economic Sanction: A Few Opinions against the Backdrop of the War. Part I 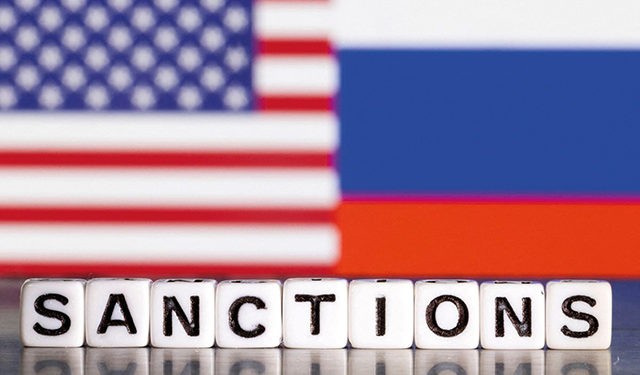 The ongoing war in Ukraine has firmly introduced a few words into our vernacular. One of them is “sanction.” In response to Russia’s armed aggression against Ukraine, renewed on 24 February, several waves of sanctions imposed by the collective West on Russia have attracted the attention of media, analytical and government circles. Hardly a day passes without various media, domestic and foreign, discussing the essence, as well as a particular scope of application of this or that package of sanctions.

Hence, the key question, we think, can be formulated as follows: what is the actual impact of sanctions on deterring the aggressor, stopping military actions and stimulating the process of negotiations to end the war?

It must be noted that despite frequent use of the word, a common opinion about the essence, effectiveness and desired outcome of sanctions has not been formed not only in our country but also abroad. Even more, the tone and scope of such discussions is rather diverse and often, contradictory: from emphasizing a mythologized power of sanctions down to underscoring their practical uselessness in the effort to achieve the set aim.

It would not be correct to say that the practice of using sanctions is a “new science,” because it counts 2,400 years, dating back to the Peloponnesian War. However, such a mechanical count of years for drawing valid conclusions is not appropriate: evolution of conflict and war has its stages. Each such stage is distinguished for its authenticity – be it a degree of codification or execution of international relations or, say, technologies for waging a war available at that time. Furthermore, when talking about international relations on a global scale, it is also important to consider how tempting, in a given historic context, it is for a revisionist and aggressor country to infringe another country, and what means it has for that, and on the other hand, whether a political will and material resources exist to confront and stop such infringement.

From the perspective of history, the use of sanctions as a universal recipe for deciding the fate of war and peace evokes a number of conflicting facts, parallels and observations. It has become topical today to generalize them against the backdrop of the largest military confrontation since the Second World War, going on in the center of Europe – the war between Russia and Ukraine. Any aspect related to this war is absolutely decisive because there is a plan to adjust European security rules to the brutal force on the one side of the war, while on the other side, the necessity to thwart this plan and along with it, to remodel the European order so as to adequately contain modern challenges.

In such a serious process, the phenomenon of sanction, its role and purpose, along with other measures of containment, require constant observation, comprehension and revision of conclusions. The aim of this article is to share some observations or views with the readers. Towards this end, we will first refer to so-called “sanction theory” and recall several aspects. We believe that without these, talks about the effectiveness of Western sanctions in the prevention of Russian aggression in Ukraine would be one-sided and incomplete.

The realistic (non-celebratory) side of theorization
An economic sanction is a midway “stop” between unsuccessful diplomatic efforts and armed intervention, in order to solve a problem. In other words, by enacting sanctions, the initiator or group of initiators of sanctions admit that political efforts have largely failed; however, it does not mean that the initiators have a desire, intention and readiness to resort to military methods in order to put things to rights.

We need to recall that the modern history of using sanctions is not distinguished for continuity and consistency. For example, sanctions to deter the war were used at various frequencies – and often unsuccessfully – between the first and second world wars. At those times, the essence of sanction differed from the modern understanding, and mainly meant an economic blockade. Such a blockade, expressed primarily in restricting international trade relations, was viewed as the most optimal economic tool for the punishment of the aggressor or accused, or to put it in modern military terminology, it was the “nuclear” weapon of that time. Although applied, that tool failed to achieve its universal aim of deterring military interventions and spare Mankind from the devastating Second World War. 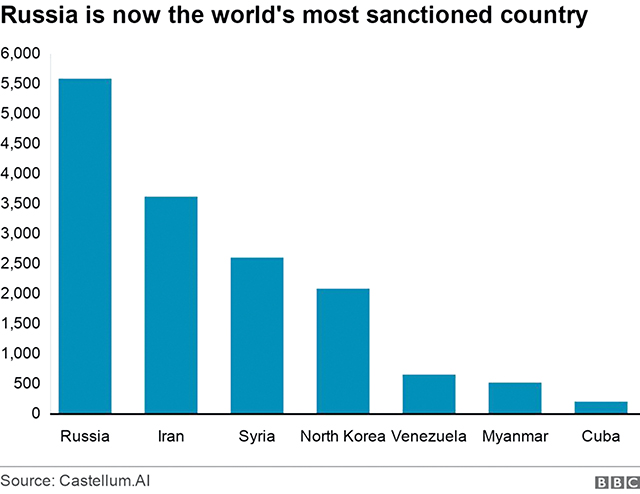 A relatively more robust sanctions policy emerged and was adopted into world practice in the 1980s.
With regard to realistic expectations of “miraculous” results from sanctions, a general comment is that the impact of sanctions is rather “mixed” and is not always strong and conspicuous. Judging by the achievement of set goals, only one third of various measures enacted to sanction and punish in the past decades proved fully effective. A broad use of sanctions instead of armed forces gives a civil and political leadership a lever to manage crises in a better way in a less explosive situation. At the same time, compared to engagement in military actions, the use of sanctions involves fewer physical and political risks.

And still, what are those necessary theoretical nuances that make a package of sanctions more targeted and tailored to a specific situation and hence more likely to meet people’s expectations of the results?

Good understanding of the aim
It is one thing to timely and correctly assess a breach of norms of international law and behavior, condemn it, and call on the violator to rectify it, though it is still political-declarative evaluation of the breach. A significantly more difficult thing, however, is to develop, alongside assessment and condemnation, effective countermeasures envisaging, inter alia, an economically “lethal” weapon – sanctions.

We have mentioned economic “lethality” – the deadly effect of sanctions in an economic sense, intentionally, because a general purpose of any sanction is to undermine a country’s economic and social resources in conditions of nominal peace.

Despite a rather clearly formulated purpose, a precise tailoring of sanctions to a concrete situation is, as practice and reality show, an extremely difficult task. This, in fact, is not surprising considering the political-economic-military overlapping of different actors in the modern world.

In any case, the initiator of sanctions should understand perfectly well: what is the aim of punishment measures? What result does it expect from these measures? A sanctions-oriented response requires that there are clear answers to these fundamental questions from the very start, because ambiguity about the key aims and objectives of sanctions, as well as the revision of aims and objectives after the imposition of sanctions, will damage the reputation of the initiator and undermine the effectiveness of the sanctions.

Sanctions are likely to be more effective in a more open target country than in an authoritarian country: the tougher the control of public opinion and perception of events by the regime, the higher the likelihood of society to rally around that regime

A common opinion is that the motive for imposing a sanction is to inflict that amount of harm – pain, on a target country that will discourage it from undertaking a certain short-term action or pursuing a long-term policy. Hence, a proper understanding of aims and objectives of sanctioning measures from the very start is one thing, while another is a proper and impartial monitoring of their management. To put it in other words, equally important in the process is the management of sanctions.

The process of proper management is related to a few essential aspects.

Another issue to be considered is the perception and attitude of a target country and its population towards the expected sanctions. This also needs few comments. First, sanctions are likely to be more effective in a more open target country than in an authoritarian country. Even more: the tougher the control of public opinion and perception of events by the authoritative regime, the higher the likelihood of society to rally around the regime. Thus, a correct selection of target is of particular importance.

Another aspect with regard to the management of sanctions is a constant assessment of implementation of sanctions for the aim of modifying the existing measures or adding new ones. At the same time, an opinion that the effectiveness of sanctions depends on the increase in their severity and amount is faulty.

Consequently, the word “management” is not limited to its semantic meaning alone, it acquires a rather specific functional connotation. Therefore, the management needs to be constantly monitored and assessed because with such complex approach the “pain” inflicted by sanctions will be neither less nor more severe than intended by this political decision.

With regard to the management process, we should also note that in order to achieve set goals and objectives, it is necessary to adequately match the escalation and de-escalation measures determined in the sanctions policy, which allow communication with the target country and its government by applying a carrot and stick approach. This is a necessary flexibility that serves a result-oriented use of a sanction.

A recent practice shows problems of legal nature in terms of management. For example, the regulators and courts do not have an entirely clear position about secondary sanctions or individually sanctioned persons acting under a “corporate guise,” etc. All this is a very specific issue and goes beyond the scope of the discussion in this article.

In parallel to imposing sanctions, we need a correct understanding of the gradual exit from sanctions, because speed, delay, or any spontaneity in the exit will harm the functional aspect of the mentioned economic weapon

However, one should note the topic of so-called “smart” sanctions, especially with regard to management demand. The main point here is that the initiators of sanctions must avoid unexpected outcome (for example, a humanitarian disaster, damaging of partner country’s economy) and choose a correct package of sanctioning measures in order to determine a “sanction pain” that is commensurate to goals and objectives. Let us add here that in parallel with the decision to impose sanctions, it is necessary to have a correct understanding of gradual exit from sanctions, because speed or delay as well as any spontaneity in the exit will harm the functional aspect of the mentioned economic weapon.

It is a fact that in the implementation of modern sanctions, the aforementioned and other issues discussed in this section require practical knowledge, depoliticized analysis and technocratic assessment. Otherwise, the effectiveness of “economic war” will be questionable because the word “sanction” does not automatically mean success.