Essence of Economic Sanction: A Few Opinions against the Backdrop of the War. Part II 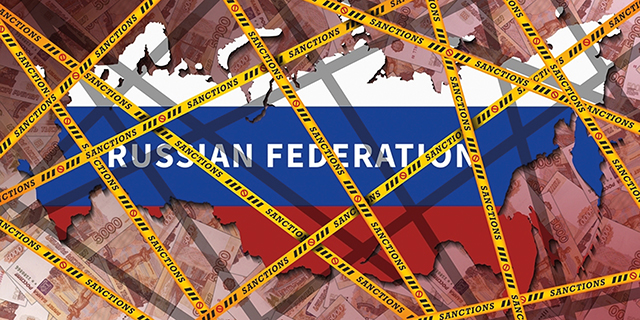 Continued from Part I.

The questions raised since the start of the war are pressing today: Can sanctions enacted in several various stages stop Russia? How effective are already enacted sanctions? What can additionally be enacted to achieve full effectiveness of sanctions?

The above questions are even more pressing when the war machine instead of slowing down is, at the time of writing this article, playing out with a new force, alongside the increase in the scale of human tragedy and a sharp decrease in efforts of direct or indirect participants in the war towards a political resolution…

Economic sanctions imposed by the Western world are, however, unprecedented. Among the diverse measures applied, one should single out two: financial and energy sanctions.

A relative effectiveness of financial sanctions can be explained by two factors: one is the role of US dollar as a global reserve currency and another is a close integration of international banking transfers in the US banking system. Both factors combined facilitate the effectiveness of financial sanctions. Because of this fact, the USD 640 billion currency reserves available to Russian as of 24 February decreased sharply as a result of, first, freezing the assets of the Central Bank of the Russian Federation and then, restricting the use of gold in transactions. Hence, the reserve assets available to Russia has dropped to estimated USD 160 billion (it is unknown how much of this has already been spent on the war – by various estimates, it ranges between USD 40 billion and 60 billion). It must be noted, however, that despite the impressive measures that have already been implemented, the full mechanism of financial-banking sanctions has not been enacted yet, which mainly implies a complete disconnection of Russia from international payment systems.

The topic of Russian energy resources has become a subject of even hotter discussions. Readers are already well aware of relevant steps taken by the USA and the EU and therefore, we will avoid repetition and only focus on a few key points.

It is well-known that the EU is way more exposed to Russian energy resources than the USA: the EU consumes 60% of natural gas and 50% of oil products imported from Russian. Therefore, depleting the financing of the Russian military machine mainly depends on the EU’s principled position: the thing is that the purchase of energy resources by Europeans results in Russia receiving between USD 800 million and 1 billion every day, to say nothing about the moral aspect of the issue.

The EU found it relatively easy to terminate (though, stage by stage) the import of coal from Russia, partially because the share of Russian coal in common European energy structure was small; moreover, the decrease in coal dependence is in line with the EU strategy of gradual transfer towards the use of alternative energy sources. However, it has proved significantly more difficult for the EU to say no to Russian oil products and natural gas. This difficulty is directly related not only to political and electoral conjuncture of several countries, but also to a more subtle aspect of international sanctions: it is impossible to inflict harm on a large integrated economy so that to keep your own economic system absolutely harmless. Thus, the contribution of the European constituencies to law and justice has become a challenge.

While the USA has already rejected Russian oil and natural gas, the EU is still considering the ban on the Russian oil import. According to reports, a relevant document has already been drafted but a public discussion of that document will only start after the presidential elections in France. Opposition from several countries in this matter is also apparent and we have to wait and see the specific conditions on which oil imports from Russia will gradually decrease with a view to a possible total ban on such import.

For example, an assumption is to set different deadlines for banning various categories of oil products; also, for banning means of oil import (for example, a faster embargo on tanker shipments than pipeline shipments).

One must also mention a necessary precondition for replacement: what will replace the Russian oil? One of possible sources is the Middle East, but here geopolitical contradictions of different nature have emerged between the USA and other large oil exporter countries.

The issue of Russian natural gas is significantly more complicated which is directly related to a political capital of imported gas for European politicians as well as a years-long adjustment of European infrastructure to the receipt of this energy resource. Factors in the policy of reducing the dependence on the import are the rise of commercial and consumer prices as well as the identification of alternative routes of supply (for example, a possibility of importing liquified gas from the USA, Australia and Africa).

In any case, the rejection of Russian gas belongs to the category of “revolutionary” decisions that lead to a fundamental transformation of the political-social and economic-social fabric of Europe. Today, a number of practical mechanisms of replacement are considered, but this is a topic of another discussion.

We now wait for the sixth package of EU sanctions, which will enable us to have a more detailed discussion. At the same time, ahead of common decision by the EU bodies, several European countries have already enacted on the national level or are about to enact the ban on Russian oil and gas.

It is, however, apparent that it takes time for a real and desired effect of already taken decisions, let alone future decisions, to materialize: this is an extremely precious time for deescalating the situation in Ukraine and ending the human tragedy. It is even more puzzling if we recall that under the plan of the European Commission, the EU will fully free itself from Russian energy resources not earlier than by 2030. This makes it is extremely difficult to estimate how long it will take Russia to make such changes to its foreign and military policy that will adjust this policy to established norms… unless, until then, the domestic Russian political life undergoes, with the efforts of Russian population, such a fundamental change that proves acceptable for the civilized world.

“Continuity” of essence and “indefiniteness” in time
The topic of sanctions can be discussed extensively. Therefore, the aim of this article is to express opinion about only few narrow aspects of this very important topic of international relations and order. We have also tried to point out the issues extremely selectively and while partially theorizing them, to maintain the link with the existing reality.

Because of diversity of this topic, we will come back to it not once, especially in the context of ongoing war in Ukraine and its results. In general, the necessity of contextual reading of sanctions is not accidental: rarely a real policy and practice have such a strong influence on forming a problem as it is in case of sanctions. The international conjuncture, a new redistribution of influences and interests, actually, precedes theoretic prerequisites of sanction topic, while this or that political decision adds substance to norms of material and procedural law related to sanctions. No doubt that, such feedback between a practical need and lawmaking is extraordinary. When talking about the practice and rule of behavior it is indicative that the weapon of geo-economic compulsion and fight, known as the “gradual sanction” of the 24 February war, has already took the form of economic war. In future conflicts or wars it will, perhaps, remain as such: distinguished for its totality, diversity and multiple layers. Sometimes this war/weapon will prove fully effective but more often, partially or even less effective. Such gradation has its explanation too.

Therefore, a further and even deeper research around sanctions on the national level, serves a correct positioning of the Georgian state in relation to a regional and international agenda. With a growing functional role in geo-economic relations, the development of sanctions, adherence to them or implementation in any other way will become a routine of “unorderly” order. With this in mind, the objective of Georgia is to remain on the correct, in our understanding, side of the process. This, however, means avoiding a harmful influence of the economic weapon and obtaining maximal political and economic benefit.