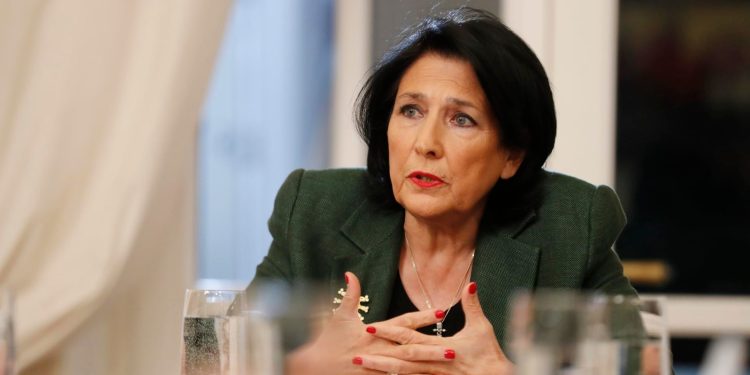 In the resolution adopted by the European Parliament, there is a call addressed to Salome Zurabishvili to use her “constitutional prerogatives” to solve the issue of Mikheil Saakashvili.

The said amendment was initiated by Anna Fotiga and 525 MEPs supported it, 54 went against it, and 31 abstained.

“[EP] reiterates that the Georgian Government bears full responsibility for the health and wellbeing of the former President and must be held accountable should anything happen to him; invites the President of Georgia to use her constitutional prerogatives to resolve this issue,” reads the amendment.

The same amendment calls on the Vice President of the Commission / High Representative of the Union for Foreign Affairs and Security Policy to become actively involved in securing the release of the former President Saakashvili.