Something that Will Change Your Whole Life 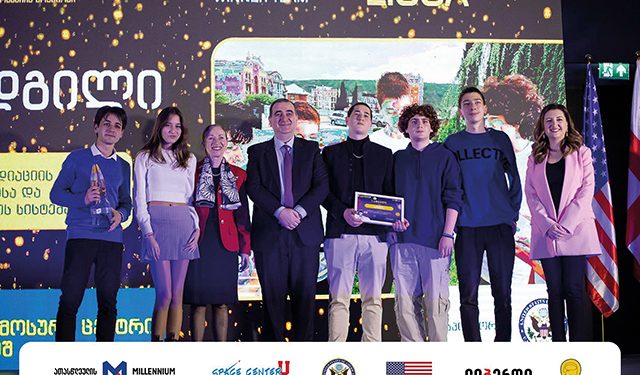 There are 12 tables, 12 projects and the same number of teams. Each team has 4 or 5 members from the schools of Tbilisi, Akhaltsikhe, Kutaisi, Senaki, Batumi and Gori. All of them are high school students, and have prepared projects for the 2022 Millennium Innovation Competition in the fields of space and aviation, robotics, mobile technologies and applications, environmental protection, health care, energy and transportation.

I start at the first table, asking them to tell me briefly about their project. Where did they get the idea, how long did they work, what difficulties did they face? They tell me that their team is called “Firelink”; that they have been working for almost a year; that a network of low-budget stations based on microtechnology and sensors was created for early monitoring of forest fires. They tell me enthusiastically, diligently, clarify the details – every nuance is important. Most likely, it was like that in the process of work.

Then there is “LIGGA” – another team – with the project “Radiation research, monitoring and safety system.” The project created by the team makes it possible to control the level of radiation in buildings and determine the area of radiation spread. If you won? – I ask. “Everything will change, we will go to NASA!” “NASA will change everything.”

There are five of them: Gega, Irakli, Lizi, Alexander and Giorgi.

And they will go to NASA. But they don’t know it yet.

They answer me exhaustively about the project, then everyone else who comes to the project observes and questions whether it will work in real life. They answer that the Minister of Education and Science, who reviewed the works of the teams together with the American Ambassador, says that the development of technology and natural science education is one of the priorities of the Ministry.

The Millennium Innovation Competition was held for the eighth time this year, with the financial support of the US Embassy. US Ambassador Kelly Degnan met the projects of all 12 finalist teams and said that the Embassy is particularly proud of this competition.

About an hour later, “LIGGA” is named as the winner. The team will go to the USA – to the NASA Space Center University summer school.

“Firelink” will take second place and will participate in the US’ Stanford University iD Tech camp, with funding from the Georgian Innovation and Technology Agency.

Liberty Bank will send Mad Scientist, the third-placed team, on a study visit to Switzerland, to the European Center for Nuclear Research – CERN. Their project – “Universal Friendly Home” – provides an opportunity to remotely control any equipment in the house with voice commands and voice messages. Before they go to CERN, they tell us what they have learned about this nuclear research organization. They say the center is partly on the territory of Switzerland and partly on the territory of France – the world’s largest laboratory in the physics of elementary particles.

Liberty became an official partner of the Millennium Innovation Competition this year. One of the main priorities of the bank’s new strategy is to support education. The competition partnership includes promoting the education of talented, innovative young people, including those living in the regions. Liberty believes that educated youth can change our reality for the better. Accordingly, the bank actively supports projects that motivate future generations to move forward.

Promoting education is a key point of the intersection between Liberty and the Millennium Foundation.

The Millennium Innovation Competition aims to encourage innovation and the creation of new technologies among high school students and increase interest in the science and engineering (STEM) fields. More than 2,500 students have already participated in the competition. 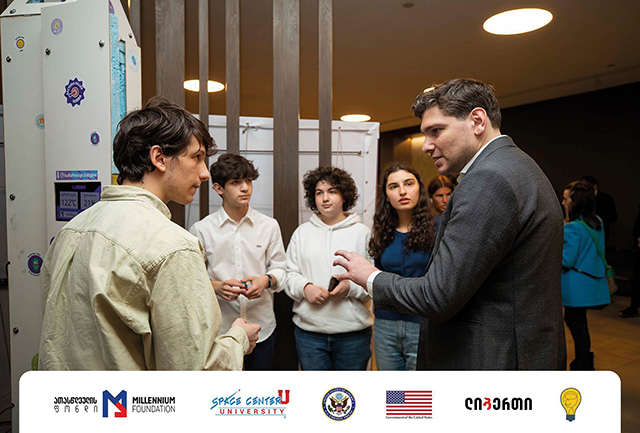 They work on innovative projects and then talk about these innovations and technologies with such love that you really, really want to give each of them the opportunity to win, to see, to understand, to be able to reach all the heights.

Because they believe in the power of knowledge. They strive for the freedom that knowledge brings. They believe that NASA will change their whole life.