Economic Repercussions of the Russo-Ukrainian War in Georgia 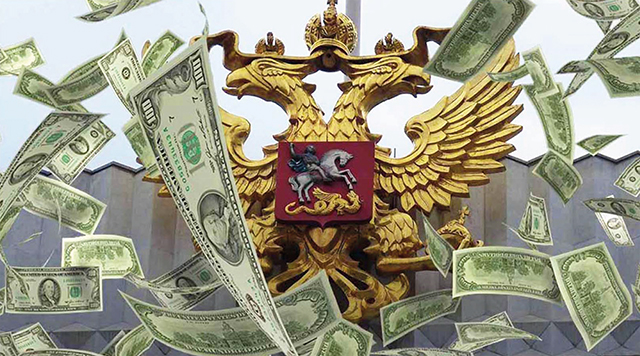 Rockets and artillery shells are shattering the cityscapes across Ukraine. Civilians are forced to either flee west or barricade themselves in the broken carcasses of buildings. The violence wrought on these innocent people tears at the heartstrings of everyone witnessing the melee. Concurrently, it will begin to pull on the wallets of those miles from the combat, not least here in Georgia.

The effects of this invasion will surely, as they already have, ripple far from Kyiv. Tbilisi, being so close both socially and politically, has been a hub of support for the embattled nation. From individual citizens to large corporations, the country has come out in support of the mutual opponent: Russian President Vladimir Putin.

Russia’s economy has already taken a massive hit from sanctions and embargoes on both private and public entities. Citizens have already begun flooding into Georgia in an effort to divulge their assets in favor of Western currency. Additionally, the Georgian nation has seen a sharp rise in Russian citizens arriving and seeking employment and real estate purchases. This influx of Georgia’s northern neighbors is split into two categories.

The first group consists of those fleeing a megalomaniacal dictator that has neglected his people in favor of rebuilding some facsimile of the old Russian Empire. These people largely do not support the actions of the Kremlin, particularly the ongoing invasion in Ukraine. Seeking to bring their resources and skills to a new home, they represent a group many in Georgia welcome.

The second group is of great concern to some in Georgia. This group is composed of Russians simply fleeing the social, economic, and quality of life repercussions from the multitude of international sanctions. However, many of these still harbor pro-Kremlin sentiments and see their country as righteous in her actions against perceived Western encroachments and aggression.

Even some in the Georgian political sphere have gone so far as to call for a special visa program to be put in place for Russian citizens. Former Defense Minister Tina Khidasheli recently stated that the latter group should be restricted from entering the nation. On social media she said, “those who escaped the sanctions, but still have pictures of Putin on Facebook, should not be allowed in Georgia.”

However, even with this preventative action, the rippling effects of the war still stand to affect the daily lives of everyday Georgians. Trade with Ukraine in 2021 amounted to over $450 million, with a significant portion of that being agricultural and steel products. In addition, Ukraine itself produces approximately 13% of all corn exports and 8% of wheat. As these exports begin to grind to a halt, the pricing for common food items on the shelves in Georgia stands to rise.

Predictably, this will have monumental effects on the lower income groups in the country. Much of Georgian society is already reeling from the previous years of restrictions applied by the government aimed at combating Covid-19. Vulnerable communities stand to suffer further now, at the hands of rising food prices coupled with fuel costs, which will likely force the government to take additional financial measures and further straining an economy still in recovery.

Ukraine and Russia are both key to the Georgian economy, particularly in the realm of tourism. Russian tourism is rapidly drying up as Putin’s regime attempts to stifle acts of dissent, since his economy is already drowning and the prospect of any significant portion of his workforce fleeing would be a death sentence to the nation.

In addition, Ukraine also provides a notable amount of annual revenue from its visitors. With vacations no longer a realistic possibility and civilians forced to wrestle with the decision of fight or flight, Georgia will further suffer. Domestic options seem bleak, as does the hope of a resurgence in tourism, until recently asphyxiated under Covid restrictions.

Vulnerable communities stand to suffer at the hands of rising food and fuel costs, forcing the gov’t to take additional financial measures and further strain an economy still in recovery

For Georgia, the remaining options are, as they long have been, to the West. As if Georgia needed any more reason to distance itself from Russian economic dependency, the speed at which the country moves in a Westward direction will need to be accelerated. In order to not only recoup these lost revenue sources but generally to drive the economic recovery, Georgia will most likely need to advance the diversification of its import/export relationships in the West.

With the future virtually impossible to see in the milky fog of war, the ripples of its economic side-effects are likely to be felt for quite some time. Georgia, with its deep East and West connections, will undoubtedly suffer the brunt of these future waves. Despite this, the time to make changes and take action to mitigate these is before they arrive. A focus on increased trade, support for the vulnerable ones that stand to lose the most, and a push for more investment from the West can keep Georgia strong amid this tragic storm.