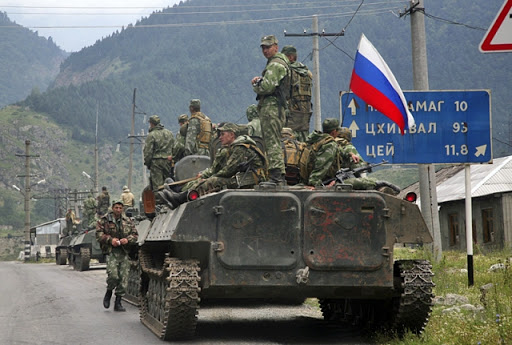 “January 21, 2021, will be a big day for Georgia as I believe the European Court of Human Rights (ECHR) will declare who was right in the 2008 August War,” the former Justice Minister, presently Education Committee Chair Tea Tsulukiani told Georgian Public Broadcaster.

Tsulukiani noted that Georgia has a dispute against Russia and on January 21 there is an expectation of a final verdict, which is very important.

On 12 August 2008, the Republic of Georgia instituted proceedings before the Court against the Russian Federation relating to “its actions on and around the territory of Georgia in breach of CERD [the 1965 International Convention on the Elimination of All Forms of Racial Discrimination]”. Georgia claimed that “the Russian Federation, through its State organs, State agents, and other persons and entities exercising governmental authority, and through the South Ossetian and Abkhaz separatist forces and other agents acting on the instructions of, and under the direction and control of the Russian Federation, is responsible for serious violations of its fundamental obligations under CERD, including Articles 2, 3, 4, 5 and 6”.

The case was sent to the Grand Chamber for consideration on April 3, 2012.

In its report of September 2009 the Independent International Fact‑Finding Mission on the Conflict in Georgia, established by a decision of 2 December 2008 of the Council of the European Union, summarised the events in question as follows:

“On the night of 7 to 8 August 2008, a sustained Georgian artillery attack struck the town of Tskhinvali. Other movements of the Georgian armed forces targeting Tskhinvali and the surrounding areas were under way, and soon the fighting involved Russian, South Ossetian and Abkhaz military units and armed elements. It did not take long, however, before the Georgian advance into South Ossetia was stopped. In a counter-movement, Russian armed forces, covered by air strikes and by elements of its Black Sea fleet, penetrated deep into Georgia, cutting across the country’s main east-west road, reaching the port of Poti and stopping short of Georgia’s capital city, Tbilisi. The confrontation developed into a combined inter-state and intra-state conflict, opposing Georgian and Russian forces at one level of confrontation as well as South Ossetians together with Abkhaz fighters and the Georgians at another … Then another theatre of hostility opened on the western flank, where Abkhaz forces supported by Russian forces took the upper Kodori Valley, meeting with little Georgian resistance. After five days of fighting, a ceasefire agreement was negotiated on 12 August 2008 between Russian President Dmitry Medvedev, Georgian President Mikheil Saakashvili and French President Nicolas Sarkozy, the latter acting on behalf of the European Union.”

By a decree of 26 August 2008 the Russian President, Dmitry Medvedev, recognized South Ossetia and Abkhazia as independent States following a unanimous vote of the Russian Federal Assembly to that end. That recognition was not followed by the international community.