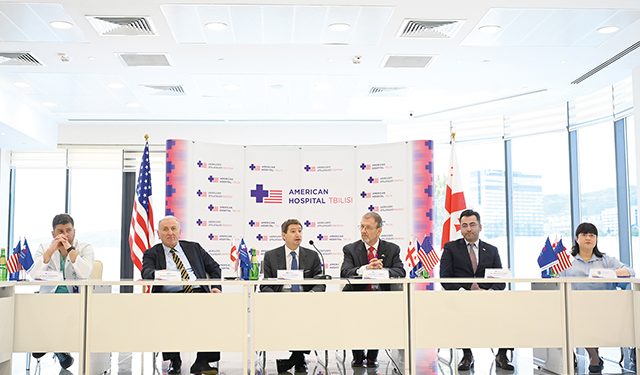 On Wednesday June 22, the US International Development Finance Corporation (DFC) and American Hospital Tbilisi (AHT) launched a surgical and non-surgical assistance program for Ukrainian citizens. The new technical assistance partnership will benefit displaced Ukrainians in Georgia. DFC’s support enables the Hospital to provide much-needed outpatient care and surgical services Ukrainians would not otherwise be able to receive in Georgia while residing in the country temporarily. It is estimated that there are 28,000 Ukrainian refugees now in Georgia. 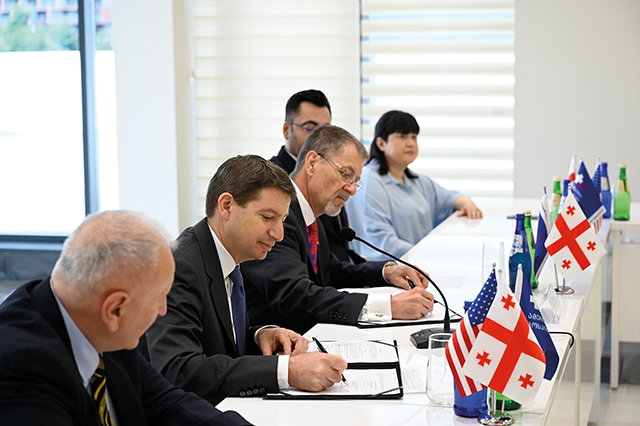 “DFC’s new technical assistance partnership with the American Hospital Tbilisi builds upon our strong, existing partnership and will benefit Ukrainians in need,” said DFC CEO Scott Nathan. “DFC is committed to supporting our partners throughout Eastern Europe through smart investments like this partnership, especially in the wake of Russia’s unprovoked war in Ukraine.”

This new investment builds upon historic DFC support for AHT, which received $18 million in DFC financing for its initial construction

“American Hospital Tbilisi is proud to announce this partnership with DFC to expand critical health services to Ukrainians residing in Georgia,” said Gregory Kuntz, Chairman, American Hospital Tbilisi. “With DFC’s support, we are expanding the Hospital’s services to reach Ukrainians who are unable to access other healthcare after fleeing the Russian war in their country. On behalf of the American Hospital Tbilisi, we are very pleased to be able to provide care to the citizens of Georgia. Today, we’re expanding our mission and through the generosity and incredible support of DFC, we’ll be able to provide care to Ukrainian citizens, now displaced and living in Georgia temporarily. They found themselves in need of critical healthcare service, and through the generosity and help from DFC, we’ll be able to provide healthcare services to those most in need. We look forward to continuing to expand our healthcare services and provide high quality care and set a new landmark on the map of Georgian medical services.” 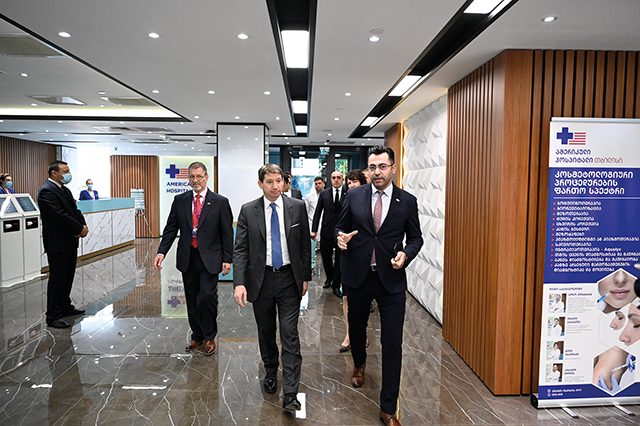 DFC’s new technical assistance partnership with the American Hospital Tbilisi builds upon our strong, existing partnership and will benefit Ukrainians in need

The hospital will perform the following services for Ukrainian patients: surgeries, pediatric outpatient care and diagnostic services, and adult outpatient care and diagnostic services.
The official signing ceremony was attended by representatives of healthcare and diplomatic circles, including Georgia’s Deputy Minister of Health, Tamar Gabunia, and Chargé d’Affaires of Ukraine, Andrii Kasianov. 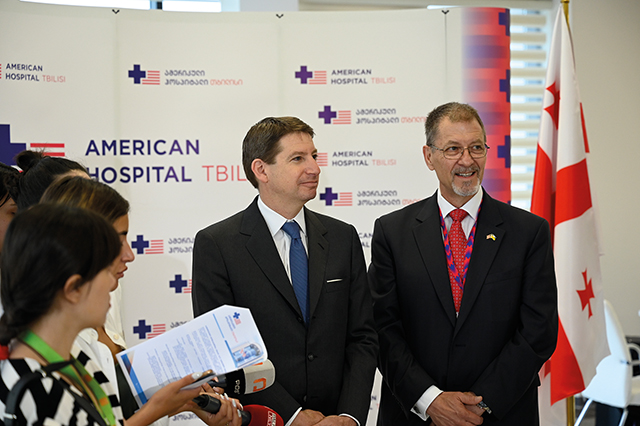 “I would like to express deep gratitude towards the US Government, DFC, and American Hospital Tbilisi for such an important and timely initiative,” Tamar Gabunia stated. “As part of the newly launched technical assistance partnership, the Hospital will be able to provide further expanded and diverse critical health services to Ukrainian citizens in need, though its doors were open for them even before.”

“Unfortunately, Russia’s large-scale war against Ukraine is far from over. The flow of refugees from the temporarily occupied territories of Ukraine continues to increase due to Russia’s blockade of humanitarian corridors towards the territory controlled by the Ukrainian government,” noted Andrii Kasianov. “Brotherly Georgia has already hosted more than 28,000 of our citizens, whose basic needs are supported by the authorities, NGOs and local citizens. The US, as a key partner of Ukraine, provides large-scale and unprecedented assistance not only in the military but also in the humanitarian sphere. Today, we launch a program to provide Ukrainian refugees with a wide range of medical services at the American Hospital in Tbilisi. This brings us to a fundamentally new level of de facto tripartite cooperation between the United States, Georgia and Ukraine. We are confident that targeted funding from DFC to the American Hospital in Tbilisi will allow effective medical support and the rehabilitation of wounded, injured and suffering Ukrainians from the war. We are deeply grateful to our partners for the important and systematic support of Ukraine at such a difficult time for the whole world.”