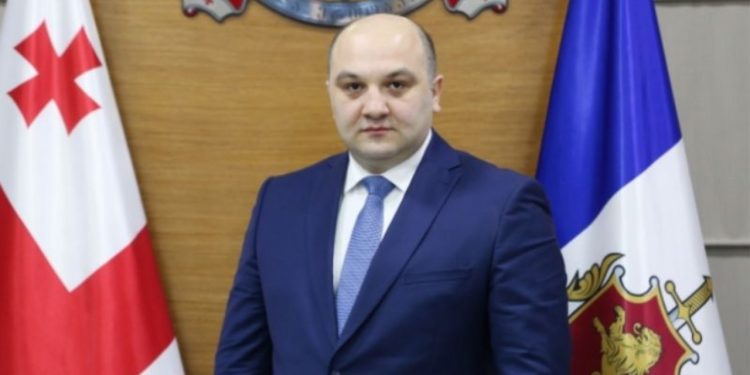 Deputy Minister of Internal Affairs Aleksandre Darakhvelidze states that the attacker of the Bank of Georgia branch in Kutaisi resisted the police during the special operation.

He noted that the operation ended peacefully and none of the hostages were injured.

“He resisted the police during the special operation. The employees of the Special Tasks Department conducted the event in a highly professional manner.. They managed to prevent the hand grenade he had from exploding. Accordingly, the operation ended peacefully. All hostages are safe.

“The assailant had very heavy weapons with him, a knife, a firearm, a hand grenade, and other substances on which an examination has been ordered,” said Aleksandre Darakhvelidze.

Regarding the information spread by the media that the attacker is a former employee of the security police of the Ministry of Internal Affairs, the deputy minister does not confirm this and says that the information will be published later.

However, Darakhvelidze says that the attacker is not a current employee of the agency.

Ministry of Internal Affairs arrested one person, G.N. (DoB 1985) for attacking one of the branches of Bank of Georgia in Kutaisi as well as for committing a terrorist act, taking hostages for terrorism purposes, and illegal purchase, storage, and carrying of ammunition.

Yesterday, an armed person broke into the branch of Bank of Georgia located on Shota Rustaveli Avenue in Kutaisi and took 14 people as hostages to get a large amount of cash as ransom.

The Ministry of Internal Affairs gradually released all hostages, which was followed by detention of the attacker on the spot as a suspect. No one was injured as a result of the incident.

The case is being investigated under Articles 236, 323 and 329 of the Criminal Code of Georgia.